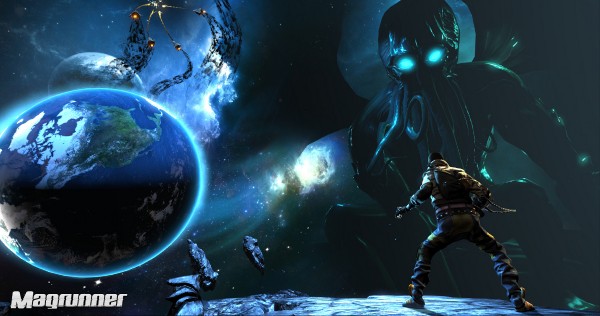 Magrunner: Dark Pulse seems to be shaping up pretty nicely thanks to all the hard work from the devs over at Frogwares, but players don’t have to take our word for it as its publisher Focus Home Interactive has announced that those the pre-purchase the game through Steam can download the Early Access now.

Those that want to harness the powers of magnetism and face off against the cosmic horrors need only check out the Magrunner: Dark Pulse Steam page where players, if they have already pre-purchased or do so now, can download the Early Access which consists of the game’s first 12 rooms. This early access will vanish into the depths of insanity and turn into the full game next week when it releases for PC on June 20th, 2013. Console players don’t have to sweat too much as the XBLA and PSN versions of Magrunner: Dark Pulse will be releasing this September.