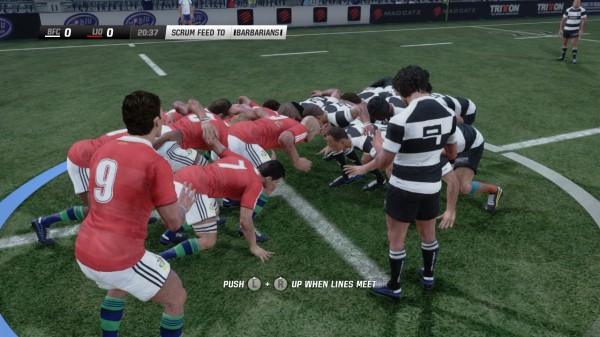 In a recent display of curiosity coupled with a healthy, pro-active “because-we-can” attitude, HES (Home Entertainment Suppliers) and Alternative Software used the upcoming Xbox 360 and PS3 title Rugby Challenge 2: The Lion’s Tour Edition to simulate and therefore predict the result of tomorrow’s actual Lion’s Tour match between the British & Irish Lions and the Barbarians.

The result was… Educational. The Lions crushed the Barbarians with a punitive 21-0. So if this simulation is anything to go by, expect the Lions to obliterate the opposition during tomorrow’s match. Rugby Challenge 2: The Lions Tour Edition features the official licensed British & Irish Lions 2013 Tour of Australia campaign, the first match of which was used to make the prediction.