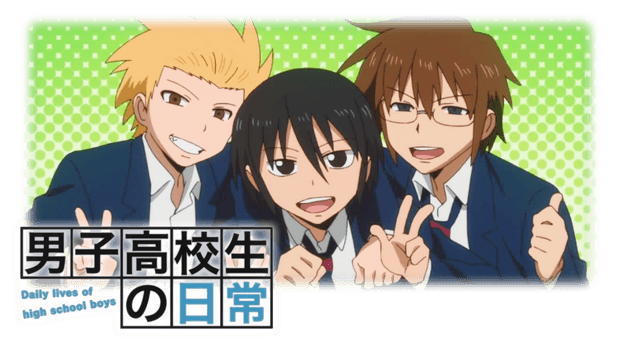 Hanabee Entertainment has announced, at Supanova 2013, that they have licensed the series Daily Lives of High School Boys. Directed by Shinji Takamatsu, director of Gintama and School Rumble, the series adapts Yasunobu Yamauchi’s manga and explores the lives of three highschoolers.

Welcome to the daily lives of Tadakuni, Hidenori and Yoshitake, students at the all-boys academy of Sanada North High School! Here in this story you will not find any world revolutions, a teenaged hero in crisis, a star crossed love story or giant fighting robots…well, not in reality anyway. (In the mind of an average teenage boy however, the possibilities are endless.) Instead take a step back and embrace the wild fun teenage life has to offer over trivial pursuits and inane thoughts (just who exactly is the better looking one in the group?) and in the knowledge that sometimes reality can be stranger than fiction.

The entire 12 episode series, along with bonus Tokuten OVA, is set to be released on June 31st. Daily Lives of High School Boys will be a DVD only release and will not receive an English dub, instead featuring the original Japanese audio. High school life has never seemed so strange when it’s been so average. 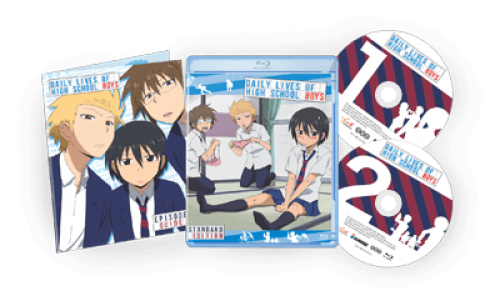