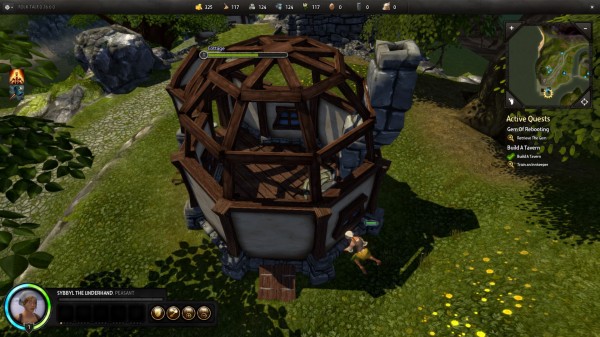 Indie developers Games Foundry’s humorous fantasy city builder is now available on Steam through the Early Access program. Players will manage a town full peasants and heroes as they carve out a spot of land into a thriving city. Ruling is tough, so players can choose the moral high road, the road to damnation, or anything in between. However, the Slavemaster Urzal is right around the corner, looking to sow chaos and acquire some new… merchandise.

Folk Talk is available on Steam for $19.99 USD. This price includes access to the alpha as it is developed, the full completed game and major patches after said completed release. The developers are currently working on finishing the sandbox mode. A story based campaign tutorial and some gameplay elements are currently available. Folk Talk runs on Mac and Windows PCs.