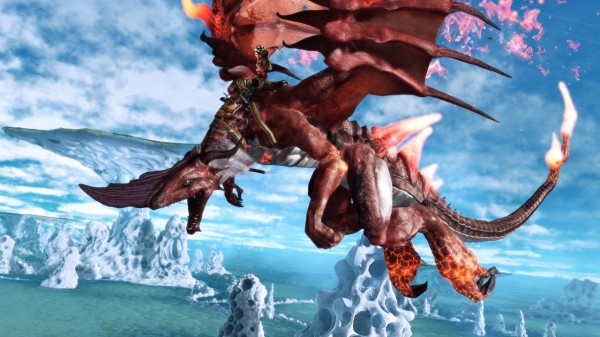 You may recall a Kinect game involving a flying dragon that you control was in the works for the Xbox 360 named Crimson Dragon. Well that game was announced quite some time ago but has been delayed non-stop with almost nothing said about it until some leaked footage at the start of the year.

The reason for all that silence was probably the fact that Crimson Dragon is now an Xbox One exclusive. Today during Microsoft‘s E3 Conference the company announced that Crimson Dragon will be a Xbox One exclusive and to commemorate the announcement they have released some new screenshots of the game in its next-gen glory and some gameplay footage.