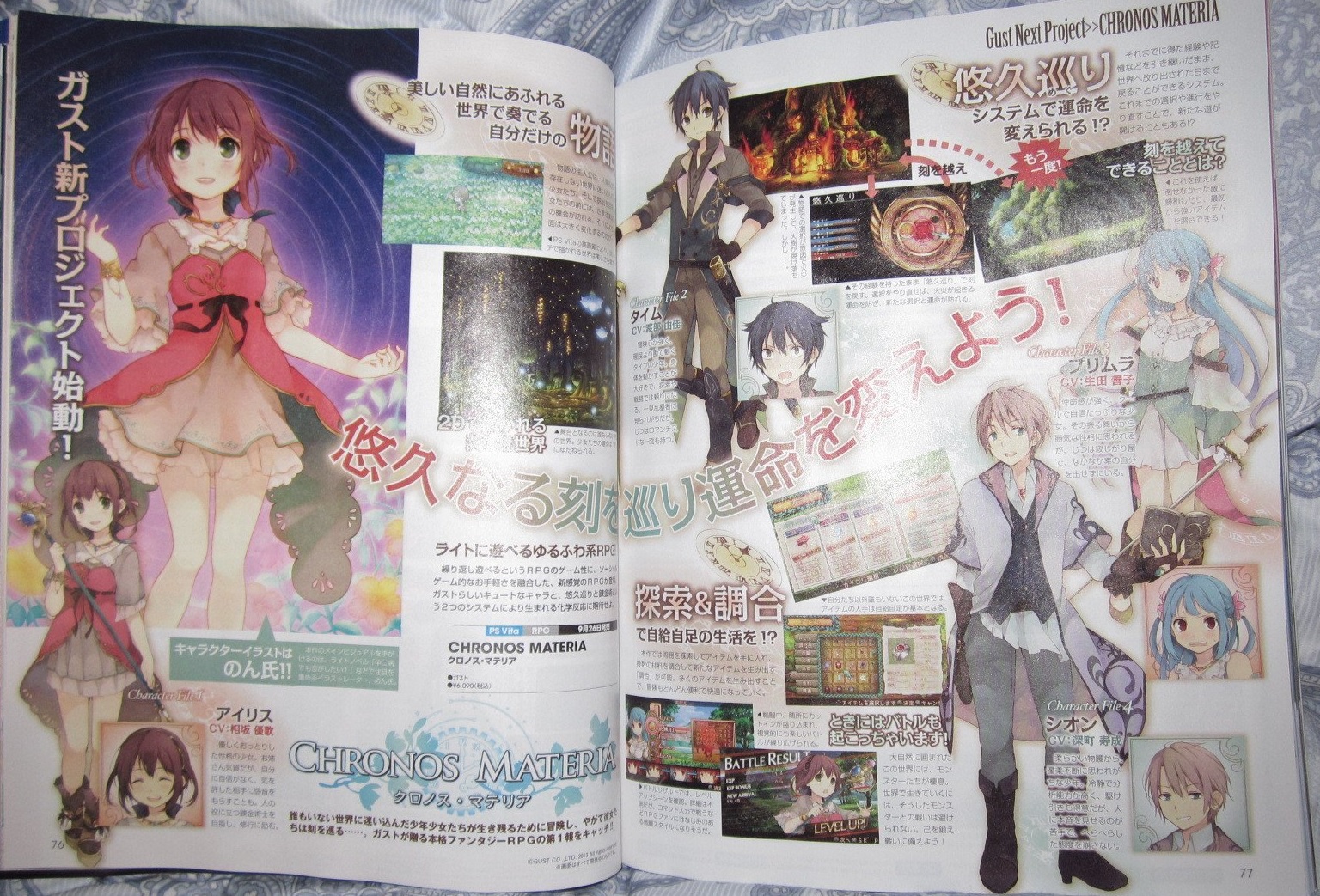 Today it was revealed via scans from the latest issues of Famitsu that Gust, now owned by Tecmo Koei, are working on a brand new game that is not related to the Atelier franchise and is instead a new IP. The title is called Chronos Materia and is a brand new RPG for the PlayStation Vita which is set to be released in Japan on September 26.

The title will feature the theme of “time” as well as an “Eternity Looping System” that will allow players to alter their destinies by traveling into the past and replaying different parts of the game to alter events. The game’s story is set to follow a girl named Iris and others who have been mysteriously transported to a world with no humans or any sign of civilization. You can check out the image above for some early images and character artwork of the game. 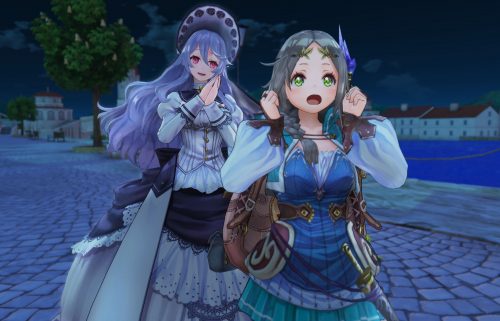