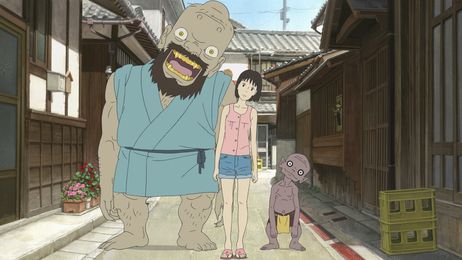 That must’ve been a long letter…

During Sydney Supanova  2013, Madman Entertainment announced the third title for REEL Anime 2013: A Letter to Momo. The film is the second feature of director Hiroyuki Okiura after Jin-Roh: The Wolf Brigade, having spent seven years planning, writing, storyboarding and directing A Letter to Momo.

The last time Momo saw her father, they had a fight. Now he’s gone forever and all she has left to remember him is an incomplete letter with the words “Dear Momo” written on it and nothing more. After moving with her mother from bustling Tokyo to the remote Japanese island of Shio, Momo discovers three goblins living in her attic, a trio of mischievous spirit creatures who have been assigned to watch over her and only she can see. The goblins are perpetually famished and they begin to wreak havoc on the formerly tranquil island, ransacking pantries and ravaging orchards – acts for which Momo often has to take the blame. But these funny monsters also have a serious side, and may hold the key to helping Momo understand what her father had been trying to tell her.

A Letter to Momo will air alongside 009 Re:Cyborg and Evangelion: 3.0 You Can (Not) Redo in October. For more information, check out the Madman’s official site or Facebook page.

Ghost In The Shell: Arise, The Garden of Words Confirmed For REEL ANIME 2013 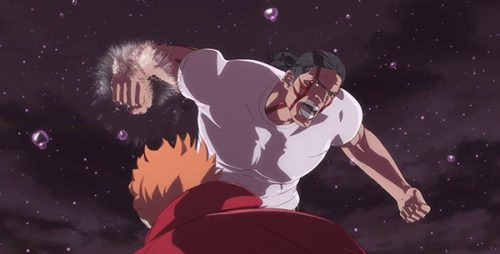