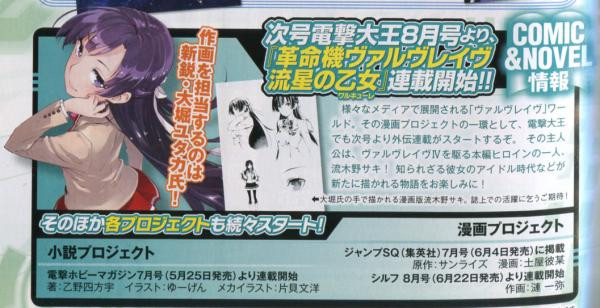 A novel project is also set for release in the July issue of Dengeki Hobby Magazine, to be penned by Yomoji Otono and illustrated by Yugen. Yet another two manga projects have also been revealed, the first to be a one-shot manga by Karega Tsuchiya in the July issue of Shueisha’s Jump Square magazine. The second project is to be drawn by Ichiya Sazanami and will begin serialisation in the August issue of ASCII MediaWork’s Sylph magazine.