Teslagrad is the upcoming platformer from Rain Games which adds adventure and platforming elements with magnetic based puzzles. The following preview is based on an Alpha build of the game and almost all of the information presented within is likely to be subject to change. Teslagrad will be made available on the PC and is currently listed on the Desura and Steam Greenlight services.

What makes Teslagrad interesting is that it is a puzzle-based adventure platformer. While those elements are nothing new, the games gimmick is what truly makes Teslagrad what it is. As you can probably already guess from the title, the game utilises mechanics based around the basic principles of electromagnetism. Of course, early on in the game, the puzzles based on those skills are rather simple to work through. Though, they do very quickly increase in difficulty. The puzzles aren’t just based on activating things in the right order. For some puzzles, you have to also time things correctly. One example of this is early on in the game where you have this platform. What you have to do is make it so that it is repelled magnetically upwards, but before it can settle upwards, you have to change it’s polarity so that it is then repelled across the room whilst you’re still on board. The puzzles are interesting like that. 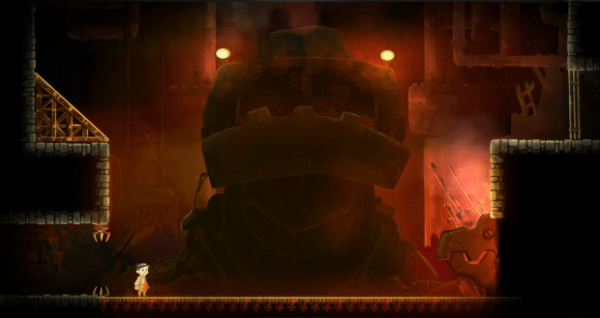 Some of the things that look like they will kill you in the game, don’t. This was quite interesting as there are these 4-legged spider-things that occupy a lot of the early game. Initially, they’re pretty easy to avoid; however, later on you actually need to get hit by them in order to clear an area. This is because they pass on an electromagnetic field onto the player character. Sometimes this is dangerous as they will magnet you into things that will kill you, but other times they’re necessary.

One of the things that are a bit odd about Teslagrad, at least so far, was that the story was told entirely through interaction within the game. For instance, right at the start of the game, the player is treated to a brief scene where a few angry looking non player character’s are running through a town and end up at the player characters house. It is unknown as to why it is that they’re there, but it is evident that this is just a reason to have the game push the player forward. The player needs a reason to kick the game off, and as such, the game gives it to them. 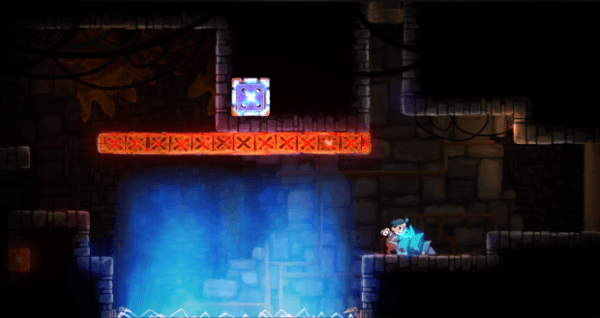 This is definitely a visual game, with a clear amount of effort behind the aesthetics of the game. At a glance, it has a simple vibe to it, one that is quite cartoony. However, once elements start coming together, you can kind of tell that the world has some kind of darkness to it. Even more, in motion, there is a lot of attention being paid to the back and foregrounds of each area, with visual elements gliding in the foreground as players travel, as well has having the backgrounds perspective shift subtlety.

By default the games controls are linked to WASD for movement and the arrow keys for your skills. As a control scheme, this is workable, but it really is not the most comfortable control scheme. Players should take the time to re-adjust all of the settings to their comfort, assuming they defaults are uncomfortable or confusing. However, for this play through, the default controls were used and they only offered a minor level of confusion in some instances. What is odd was that there was no controller support for the game. We have to remember that this was an Alpha build, so it is likely that the controls and control options will be expanded in the future. 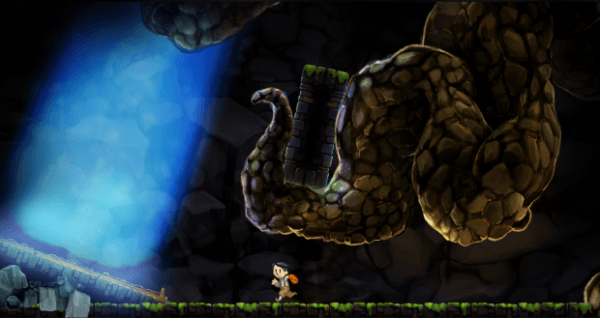 As a gamer that loves audio, it was a little saddening that the build had not yet had any background music implemented, or if it did, it wasn’t working on this machine. For a game that is so bent on having an atmosphere, even having a trailer released about it, it was kind of disappointing that this was not reflected enough through the audio. I expect that the finished product will have a backing score, so this is just a minor disappointment that will likely be alleviated.

One thing that is important to take away from the experience of a game is the way it feels and the resonance that the game leaves the player with. As it stands right now, Teslagrad is definitely a game that will leave a good feeling and impression on any player that takes the time to play through it. 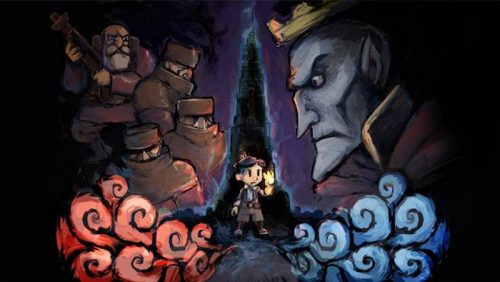