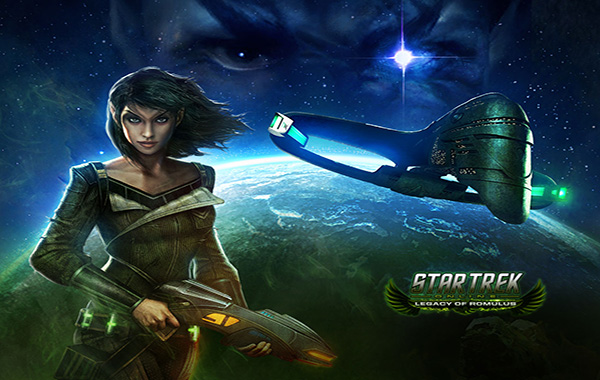 Perfect World Entertainment and Cryptic Studios have announced the first expansion for  Star Trek Online is now live and free-to-play. In Legacy of Romulus fans may, for the first time ever, play as a Romulan or Reman through new story-driven mission arcs written exclusively from the Romulan Republic’s point of view.

Denise Crosby reprises her role as Empress Sela in a story arc that sees players diving deeper into the intrigue surrounding the destruction of Romulus. Along with the new story content and the introduction of new Romulan ships and enemies, the Klingon faction has also been updated with full level 1-50 progression.

Legacy of Romulus is the first Star Trek Online expansion and we are pleased to be able to offer players and fans alike a chance to play as a member of the Romulan Republic during this crucial time. It’s an exciting time in Star Trek Online and with Romulus and Remus gone, players need to rise up and revolt against the oppressive Tal Shiar regime.

The trailer teaser can be found below, and a full list of the updates and patches included with the expansion can be found here.