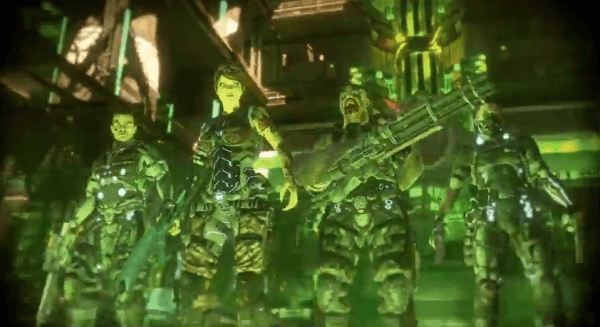 UFO Interactive Games, the folks that brought you Way of the Samurai III, Raiden IV, and more, are bringing you a third-person shooter for the Xbox Live Arcade dubbed Scourge: Outbreak.

Developed by Tragnarion Studios, the upcoming shooter will be releasing for the Xbox Live Arcade on July 3, 2013. The game features a raw, gritty, futuristic squad-based game built on Unreal Engine 3. It pits the veteran mercenaries of Echo Squad against the Nogari Corporation, their sworn enemies. Echo squad will have to go behind enemy lines to save a double agent and recover a mysterious meteorite fragment.

Originally released for PC in 2010, Scourge: Outbreak marks the debut of the massively overhauled The Scourge Project: Episodes 1 & 2. Key features to the new and improved game include: