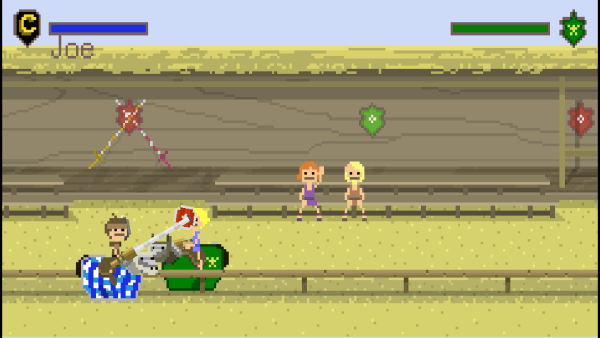 Indie developers Evelend Games aren’t new to the scene. Though they aren’t a household name yet, they have worked on three games. Pixelry is their newest contribution to the world of video games.

So, “What is Pixelry?” you may ask. Originally Kickstarted back in March, Pixelry is an 8-bit PC game that plants you firmly in the role of a knight in Pixelville. Wanting nothing more than to win the hand of the princess, Arianna Annabelle di Grandigund Hyacinthe (yes, that’s actually her name), you’ll have to train and work your way up the ranks to become a renowned jouster and earn your shot at winning the grand tournament. 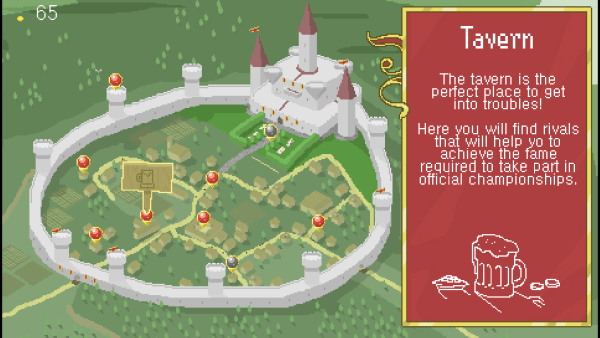 You’re initially given a view of the land of Pixelville. From there, you can go to several different locations. First and foremost, you’ll probably want to stop by the barn. There you can customize your horse and, once between contests, race to earn money. Though it’s relatively limited customization (pick three colors for the horse’s cloak and the horse’s color), it gives a great sense that the steed you ride in competition truly is yours.

Beyond the barn, you can stop by your home to view your statistics and customize your flag (also known as your heraldry). Once you’ve finished there, you can wander over to the store to get goods that will aid you on your journey. You could also head to the forge to upgrade your gear, even helping the smith out some to earn a discount. On your way to the tavern, be sure to swing by the academy and check your rank. From the tavern, you can sign up for local tournaments or schedule exhibition matches against other trainees. 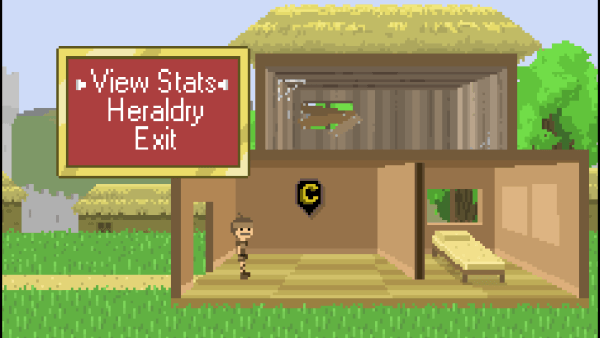 Pixelry really is aiming to get back to the roots of gaming. Keeping the controls simple suits the game surprisingly well. You’ll only need access to the arrow keys, space bar, and escape key. The game would literally be right at home on an NES controller.

While menu navigation is pretty straight forward, combat is somewhat more nuanced. You’ll use the left and right arrows to slow down or speed up your steed while the up and down keys will raise or lower your shield accordingly. Pressing the space bar will alter the angle of your lance for a chance to get around your opponents defenses. After a few tilts, you can be sure that one of you will be taken off your horse, while the other wins fame and wealth. 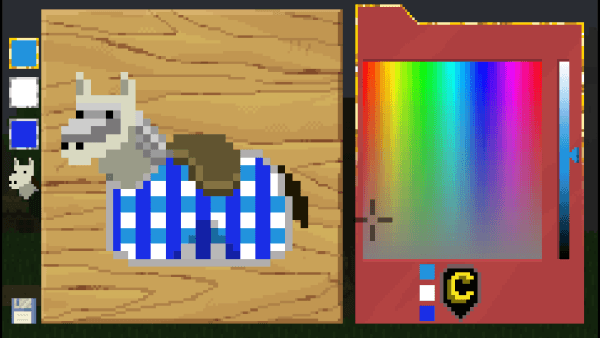 Once you’ve made a name for yourself within the kingdom, you’ll have a shot at bigger tournaments, higher stakes, and so on. You’ll have to be sure to upgrade your gear. Heading into a tournament with a weak lance or shield could mean the end of you.

The graphic design in Pixelry is 8-bit to its core. Everything from you and your horse to the single-pixel townsfolk traveling the roads in Pixelville scream of an era long gone by when controllers were shaped like bricks just as the characters on-screen were. It’s loaded with charm and enough style to keep you looking forward to every match.

The music in Pixelry is light-hearted and warm. Though it sounds like it was generated using antiquated hardware, but it gives it a unique appeal and aesthetic feel that flows right in with the rest of the game. 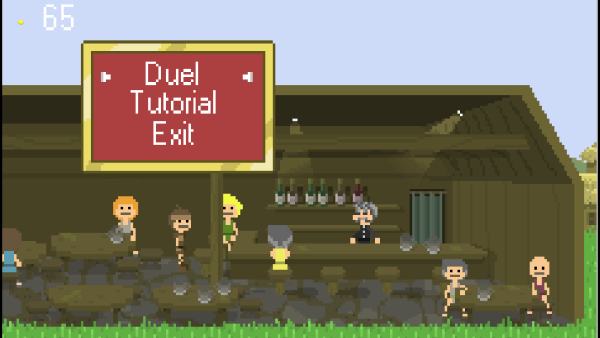 Though Pixelry is bringing a fun, light-hearted experience to the table, it is still evident that the game is in an alpha state. A couple of issues hamper the experience somewhat, though I’m confident Evelend Games can easily work those out before launch. For example, there are times where the English localization could use some work. Also, though the game’s progress is saved, the settings are not, so I have to go in and change the language to English every time I fire the game up. There are also the occasional spelling mistakes that could be quickly handled.

Even with a few of these issues currently present, the game is a lot of fun to play and experience. This game is certainly one to keep your eyes and ears peeled for. With some more work and content, Pixelry could be a game that really grabs attention in the days and weeks ahead.