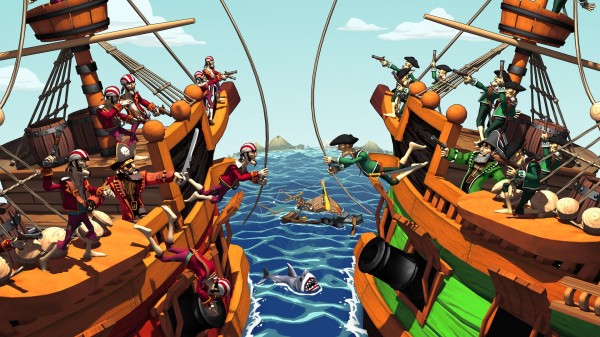 Anuman Interactive released new screenshots and a trailer for their upcoming game Pirates vs Corsairs – Davy Jones’ Gold. The game is a cops versus robbers type game with the Corsairs chasing down the Pirates on the high seas in an action and strategy title. The Pirates are searching for Davy Jones’ treasure and the Corsairs seek to bring these swashbuckler’s to justice. The game uses the same engine and gameplay as Microid’s previous title, The Bluecoats – North vs South.

Pirates vs Corsairs will be released on May 23rd for Mac, PC, iOS, and Android. Unfortunately, Anuman Interactive has not announced the price for the game.