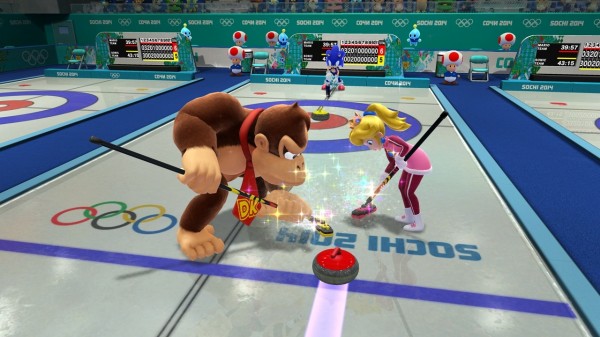 Guess what? Next year ends in an even number. Know what that means? One half of the Olympic games will be held that year and Nintendo and Sega are teaming up once again in a completely unsurprising collaboration to bring Wii U gamers a chance to join in on the Winter Olympics once more.

Today it was announced that Mario & Sonic at the Sochi 2014 Olympic Winter Games will be released on the Wii U and will make use of the Wii Remote Plus and the GamePad to play various events. These events include things such as snowboarding, curling, luge and more Winter Olympic events.