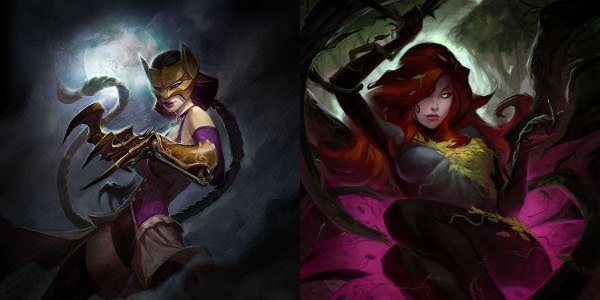 The last time Infinite Crisis offered up video profiles the focus was on two male Champions, so this week it seems that Turbine and Warner Bros. wanted to give the spotlight to a pair of fan favorite feminine Champions, namely Gaslight Catwoman and Poison Ivy. Players wanting to get a jump on understanding the fundamentals of these two can watch the videos below to see what they’ll be bringing to the game.

Gaslight Catwoman hails from the same universe as Gaslight Batman, a steampunk Victorian Era, but instead of a background in burglary this Selina Kyle was trained by the League of Assassins. Unlike her co-universe-compatriot Batman’s focus on Sonic Pistols, Catwoman utilizes melee with steam-powered claws to give her some extra power. Built more for stealth and low health targets, Gaslight Catwoman excels at tracking down those enemies fleeing combat and taking them down for the count.

Poison Ivy is from the Prime DC Universe gaining her flora based powers from a biology experiment gone wrong, infusing her with plant DNA and twisting her to side with plants above all else. Using her plant powers Poison Ivy can be a terror on the battlefield, able to strike from a distance and provide areas that heal allies and hurt enemies. Even worse for those going against her, the thick plant life will also slow them down, making them easy prey.

Players interested in getting a chance to see how these and the other characters play for themselves can sign up to join the closed beta set to start May 8th by checking out the website HERE.