Known as Ace Attorney 5 in Japan, Phoenix Wright: Ace Attorney – Dual Destinies has been confirmed for Western localisation in North America and Europe (and we are hoping Australia) this Fall with an all new name. This release will follow the Japanese release slated for July. No announcements on price have been made.

Interestingly, this game won’t be appearing in Western retail stores and will be a download only title from the 3DS Nintendo e-Shop. A reason for this was provided by Capcom:

“Historically it’s been tough to attract long term retail support for Ace Attorney titles. With the release of Phoenix Wright: Ace Attorney – Dual Destinies we wanted as many people as possible to be able to enjoy the game for as long as possible. With that in mind we have opted for a digital only release via the Nintendo 3DS eShop.

We understand that this decision may upset fans who wanted to have a physical version of the title to add to their collection but we believe this direction is the best to take to ensure that fans are able to enjoy the game at their own leisure.”

The much loved gameplay and features from previous titles in the Ace Attorney series return but for the first time with stunning 3D graphics, bringing the courtroom and characters to life and putting players directly in the heart of the action. Players will need to investigate each crime scene with dynamic 3D visuals, making it possible to change views and zoom-in on areas to uncover any hidden evidence or clues. The drama continues in the court room as players present their evidence, challenge witnesses and begin to unravel the truth behind each of the cases in Phoenix Wright: Ace Attorney – Dual Destinies.

Joining Phoenix is the young Attorney Apollo Justice and new Associate Attorney Athena Cykes. Athena’s unique ability to psychoanalyse witnesses introduces a brand new element to proceedings. Using Athena’s ‘Mood Matrix’ players can detect the emotional state of a witness and tell whether they’re surprised, angry, happy or sad. Players can compare these feelings with the statement given by the witness, point out any contradictions between the two and challenge the witness testimony.

If you would like to get further hyped for the game, an all new English trailer is available below for your viewing pleasure. We are currently running a promotion to win copies of the live action Ace Attorney movie on DVD. You can enter the competition by clicking here. 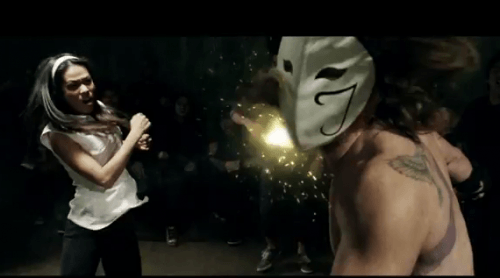