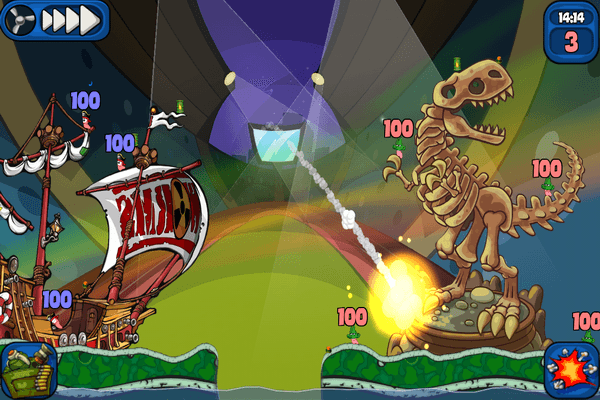 Team17 Digital Limited have just announced that one of the best selling turn-based-strategy games and iOS hit Worms 2: Armageddon is now available to download for Android and Kindle Fire HD for £2.99/€3.99/$4.99! (BUY HERE – Google Store)

So what you waiting for, grab your grenades and prepare for battle, as the worms are back, bigger and better than ever!