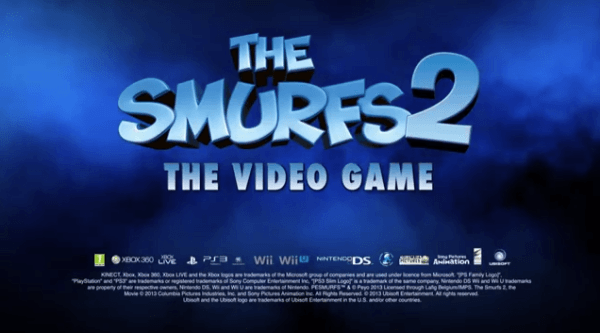 Ubisoft announced today that they will develop and publish a game based on The Smurfs 2. While the movie is a collaboration between Columbia Pictures and Sony Pictures Animation, the game will be developed by Ubisoft and WayForward.

The game will be an action-adventure platformer and it is planned to be released on the Xbox 360, PlayStation 3, Wii U, and Wii, with a mini-game collection to be released for the Nintendo DS. The game is set to release in July 2013.

The game will feature locations from the movie including Smurfs Village, New York, and Paris, as well as some new locations such as the Arctic Tundra and Lava Jungle. It will also feature encounters with nasty enemies like Azrael, the wizard Gargamel, and his naughties.

You can check out the trailer for the upcoming game below this article, and stay tuned here for more news regarding the game set to release in July.