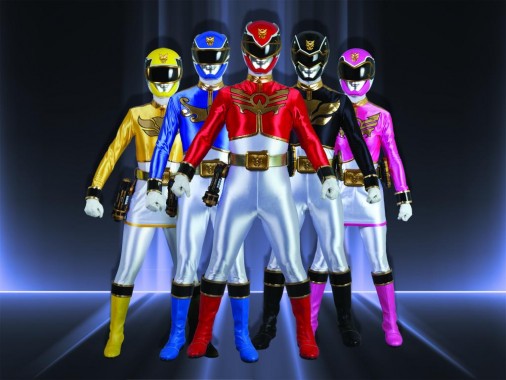 I have such fond memories of Power Rangers. Growing up, I collected the cards, watched the show, and played every game I could get my hands on. I’ll admit it, I still try a new Power Rangers game from time to time, but aside from Super Legends, I have yet to find a proper fix.

In this new chapter of the popular Power Rangers video game series, fans play as their favorite Megaforce Ranger while the supporting Power Rangers provide their boundless advice and encouragement to players as they battle their way through challenge after challenge. The Rangers’ vocal and physical support will prove valuable as challenging situations and conditions arise in an attempt to foil players’ advancement. Power Rangers MEGAFORCE will plunge players into intense battles against repulsive enemies, but by forming gigantic Megazords, the Rangers will be able to implement powerful combos to help get them on the path to victory.

To enhance the player’s experience, Power Rangers MEGAFORCE will allow fans to scan official Power Rangers MEGAFORCE Morpher Cards to power up within the game. Players will also be able to utilize the Nintendo 3DS camera to take a picture and watch themselves actively morph into their favorite Megaforce Ranger to fend off enemy encounters with their own hands.

Oh yeah, it’s a side-scrolling action title as well. Sounds bad-ass to me, and if I could go back and morph in my old games, I would have been on cloud nine. Namco will be bringing out Megaforce this fall, so stay tuned as more information emerges.