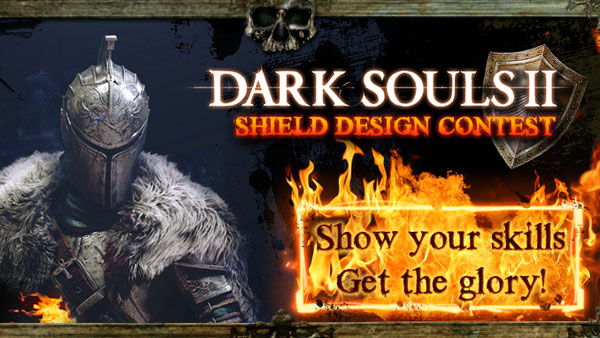 NAMCO BANDAI Games America Inc. has announced a new competition, in which fans can create their own original shield designs to be added into Dark Souls II. The submission and voting period for the contest will run from April 15th to May 13th. On May 20th the designs that receive the most fan votes will be submitted to the team at FromSoftware in Japan. The six shield designs chosen in the final judging round will be added into Dark Souls II, to be usable by all players.

The application and design templates for the competition can be found on Dark Souls II official Facebook page. Is your artistic flair ready to be wielded by players across the world? Enter to find out, and hope the competition isn’t as difficult as the game itself.

Tales of Innocence R given trailer at Tokyo Game Show