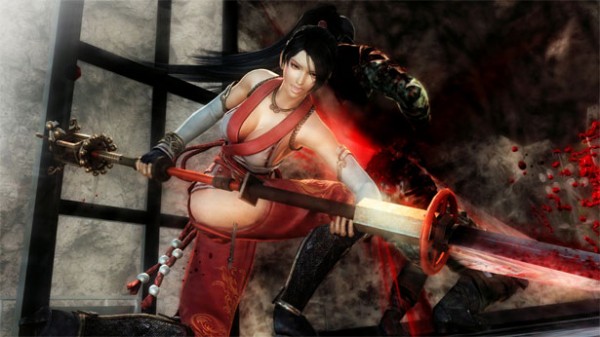 Today it was revealed that a new Dead or Alive 5 related project is currently being worked on at Team Ninja. Details are very scarce at the moment however during Tokyo Game Night, Team Ninja’s Yosuke Hayashi announced a “new project” which is being worked on for the PlayStation 3 and Xbox 360.

After his statement a teaser trailer, which can be seen below, was shown which reveals that Ninja Gaiden’s Momiji will likely be joining the cast of Dead or Alive 5 either as some sort of DLC character or perhaps in an enhanced console version of Dead or Alive 5, though they can’t really call it Dead or Alive 5 Plus since the Vita port of the game already sports that title.