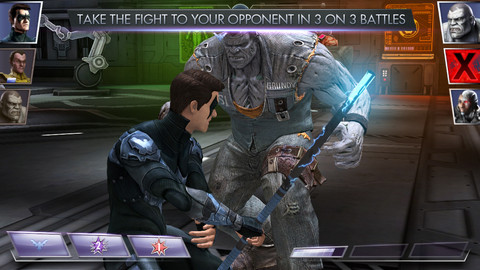 Ahead of Injustice: Gods Among Us’ major console release, Warner Brothers Interactive Entertainment has partnered with NetherRealm Studios to create a brand new free to play title. The iOS version of Injustice: Gods Among Us merges the collectible card game genre with touch screen fighting games. Players will choose three iconic DC from a larger roster of cards to do battle in a 3 vs 3 tag team fight. To win the battles, players cannot rely solely on having the right cards but also tapping and swiping the screen to chain combos and trigger special abilities.

As a bonus, players who own the console version of the game will be able to log in using their Warner Bros. ID on the iOS game and access special bonuses on both platforms. Injustice: Gods Among Us for iOS is free to play and available now. Injustice: Gods Among Us for Xbox 360, Wii U and PlayStation 3 will be available world wide on April 19th at major retailers everywhere.