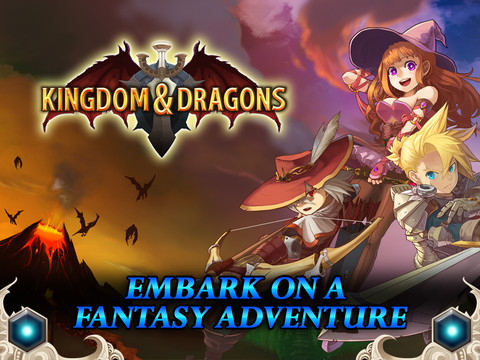 Gamevil, a leading publisher and developer of mobile games, has announced the release of their latest title: Kingdom and Dragons. It is a third party title, developed by ORCA Inc and published by GAMEVIL in partnership with KOCCA.

Dive into the fantasy tale of Kingdom and Dragon! Build your kingdom and level up your hero in this action RPG adventure. Kingdom and Dragon is a fantasy action RPG featuring elements of kingdom building. Develop your small village into a bustling kingdom. Select your hero – Templar, Bowmaster, or Enchantress, and battle enemies that threaten your kingdom. Optimize your skill tree and forge mythical garments to maximize your power. Your fantasy adventure begins here!

“We are excited to release Kingdom & Dragons on App Store and Google Play. The game seamlessly combines elements of kingdom building and action RPG in a way that is sure to entice fans of both genres.”

Players can also test themselves against others around the world through the Kingdom Battle Mode.

Kingdom and Dragon is available on both the App Store and Google Play.