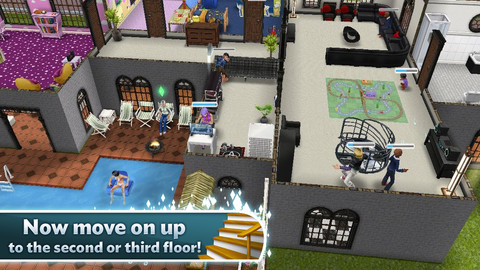 The Sims FreePlay received a major update this week entitled Moving Up. Sims who were previously trapped to a humble life of bungalows and other one story buildings can now create two and three story houses with the assistance of Construct-O-Coins. This new form of currency is earned by completing goals in game. Additionally, a variety of new housewares and clothing styles has been added to the game. The in game Sports Center is also getting a makeover. The center has been renamed the Community Center to acknowledge the new hobby of wood working being added to the building. The Sims FreePlay is available for free on iTunes, Google Play, and the Amazon App Store.