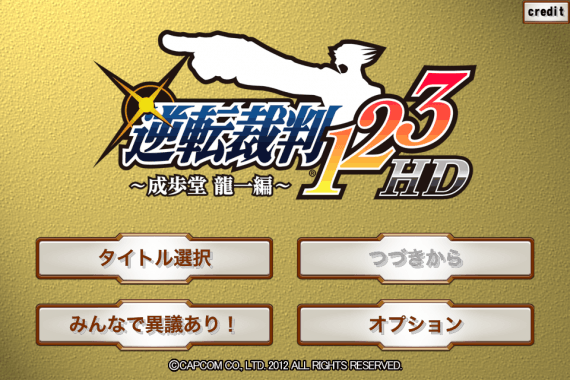 “Objection!” He says, before the game has even come out…

Capcom USA’s senior vice-president, Mr. Christian Svensson, wrote on the Capcom USA forums that the Ace Attorney 123 HD Collection for iOS has been delayed until sometime in July. Mr. Svensson has said that the delay is not Capsom USA’s fault at all, that it is the mobile team in Japan that has caused the delay.

“I’d hate to say it, this is the mobile team in Japan playing with dates for what they deem will work best in their market. Sadly, this is not an area we have had any degree of control.”

It’s unfortunate that the delay has come about but if you’re a fan of the Ace Attorney series you wont mind too much because it will definitely be worth the extra couple months of waiting.

The trilogy is, obviously, being released in anticipation of the new game Ace Attorney 5 which happens to be coming along smoothly.

Mr Svensson had this to say:

“AA5 is coming along great. I saw a build last month when I was in Osaka. We’ll have some news for Western fans in the not so distant future (we know you want to know and we know you know the Japan dates). Hang in there…”

Who is excited about AA5? Let us know in the comments section below!