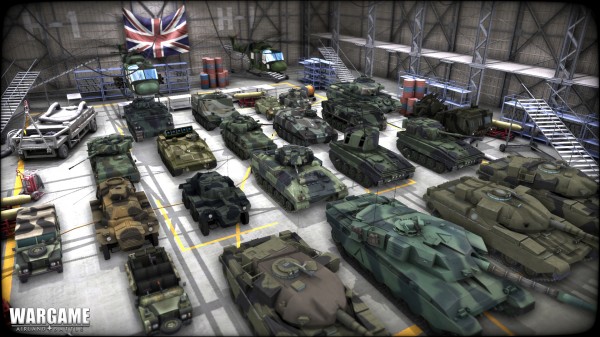 Wargame AirLand Battle has just entered into its first beta, so that more players will be able to get a hand on the game to help find anything critical as the game draws closer to its release. While the beta testers are all busy with battling out against each other, developer Eugen Systems and publisher Focus Home Interactive have released screenshots to showcase the British units that players will get to use in the game.

Even in the single shot above it is easy to see there are plenty of British land vehicles for players to choose from, and as can be seen from checking out the screenshots in the gallery below there are a plethora of air vehicles as well. From the armored FV-510 Warrior on the ground, to the Jaguar in the air, to the Tracked Rapier designed to clear the air, players will have the full support of the British when playing as NATO and facing their enemies.

Wargame AirLand Battle is the sequel to last years Wargame: European Escalation that is currently set for release in May for PC. Click on the images in the gallery below to see the full sized screenshots to see what British units you can recognize.