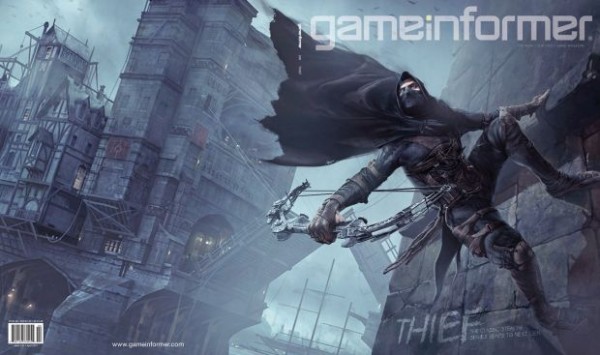 Today Square Enix and Eidos Montreal have revealed that a franchise that has remained in the shadows for many years will finally be appearing once again sometime next year. These companies have revealed that the next Thief title has been announced and will be coming to “high end PCs and next generation consoles” sometime in 2014.

Little is known about the title at this time, however the game will take place in a city called The City where the rich live luxurious lives and the poor suffer from sickness and famine. Players will step into the boots of Garrett who is a master thief with the ability to freely choose his path through the game’s levels and how they will approach each challenge. To go along with this announcement, the company decided to give everyone a brief message from Garrett.

Time has moved on. Power has shifted. New greed replaces the old.
But to remain free in the city of chains – that is still the greatest prize.
First I stole to survive… then I survived to steal.
I am one man; I hear your secrets, see your hidden truths.
I am the shadows, the dark and deadly, the velvet night. You will not see me coming.

I am Garrett….What’s yours is mine.