Hey Canada! It’s supposed to be spring! You’re supposed to get warmer, not colder! Oh well, another excuse to stay indoors and play video games, right?

Bear with me. This is going to be a long section for Steam. This week, Steam is running an Ubisoft themed weekend for their Daily Deals along with knocking down the price of many Ubisoft titles. For those unwilling to wade into the hellhole known as SimCity’s DRM, check out Ubisoft’s reformed DRM title Anno 2070 for %66 off. Ubisoft stripped out almost all of the unpalatable DRM restrictions and have changed it to a 3 activation limit with an activation returned every month. The futuristic game is a city builder with some combat elements. City builder fans who are looking for something a little more serious in tone than Tropico 4 should definitely check out Anno 2070. All of the DLC except Deep Ocean can be easily skipped as they are mostly game shortcuts mixed with special unit skins. Deep Ocean on the other hand is a fully blown expansion pack.

Three smaller Ubisoft titles is today’s deal. I Am Alive is also 66% off. Originally released on the consoles as a downloadable title, I Am Alive tried to implement some new and interesting gameplay ideas that ultimately didn’t do so well. Adventure game From Dust is 75% off. The game was released to a lot of praise for its creativity when it was released. Finally Rayman Origins is 66% off. The game is a return to Rayman’s 2d platforming roots packaged in modern look. If I had to choose between the three, I’d probably choose Rayman or From Dust as the game to buy.

Finally, Steam wraps up their giant list of sales this week with two weekend deals. Ace of Spades has a free to play weekend and is also on sale for 50%. The game is the result if Team Fortress 2 and Minecraft had a love child. Considering the game is a free weekend, I highly recommend downloading it and giving it a try before purchasing. Also, thanks Jagex. I have now had the song Ace of Spades stuck in my head for the last two weeks because of your trailer, jerks. The adventure game Little Inferno is on sale for 60% off. The game is simultaneously on sale on iTunes for $0.99. So if you are ok with using an iPad, you’ll probably be better off snagging the iOS copy.

I wasn’t kidding when I said Steam Sales was a long section. But alas, there are more vendors than just Steam selling games. Greenman Gaming’s 20% off coupon expired today, but there are a ton of indie and EA games on sale this weekend. Sort of a David meets Goliath weekend. Particular titles to note are Crysis 3 and Dead Space 3 which are both %33 plus an additional $4.00 instant cash back or $5.00 store credit. This is one of the best prices for Dead Space 3. However, if you’re looking for Crysis 3, I highly recommend getting a 50% off coupon at the Crysis Facebook page and using it on Origin.

There is a giant list of indie games on sale. Excellent titles to note include Dustforce, Chivalry: Medieval Warfare, the Cognition games, Frozen Synapse, Psychonauts, Trine, and To the Moon. If you plan on playing To the Moon, keep some tissues close by, that game is known to make grown men weep with its touching story. Additionally, if you’re looking to purchase Cognition Episode 2, I highly recommend saving some money and buying the Indie Royale Thoughtful Bundle. You will get the second episode plus a few extra games for less money.

Gamersgate is running a Witcher Weekend. Both The Witcher 1 is 60% off and The Witcher 2 is on sale for 40% off. Although they are both excellent RPG games, the deal is pretty luke warm to pretty crappy. Both games have been seen on sale for 75% off consistently during major Steam sales and elsewhere. The more interesting sale is the group of Paradox Interactive titles on sale for 75% off. Grand strategy game fans are highly recommended to purchase Victoria 2 and its expansion A House Divided. X-Com games are also 50-60% off this weekend including the recent XCOM: Enemy Unknown.

GetGames has a big Adventure Sale. Titles to note include Beyond Good and Evil, Prince of Persia, Quantum Conundrum, Gemini Rue, and Trine. If I could only recommend one title in the whole sale, I would recommend purchasing Beyond Good and Evil. It is one of those cult hit action adventure titles that is finally getting a long awaited sequel. 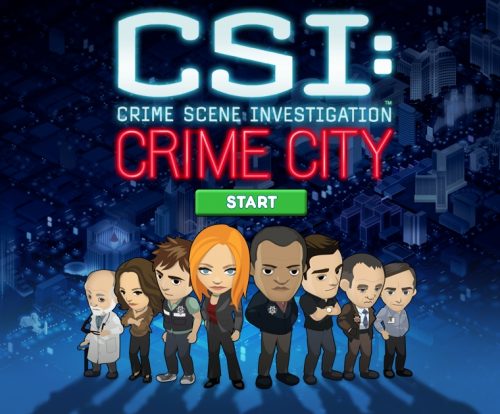