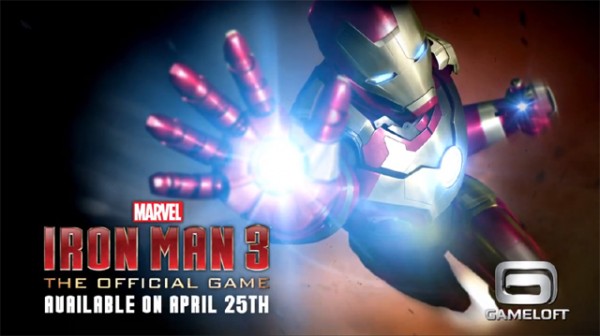 Gameloft have just dropped a major bombshell for mobile gaming fans. They have announced that they will be releasing a Iron Man 3 tie-in game for mobile devices within the iOS and Android platform.

They plan to release Iron Man 3 on iOS and Android in the just a few weeks time on April 25th just ahead of the film’s release on May 3rd. You can check out the exciting pulse-pounding action of Iron Man 3 on mobile in Gameloft’s trailer for the game below.

The game itself looks to be a lot of fun and very faithful to the world of Marvel’s Iron Man. With the ability to play as the iconic and legendary superhero Iron Man gamers are sure to be addicted by the thrill this Iron Man 3 game looks to bring.

What do you think of Iron Man 3 coming to mobile devices? Be sure to let us know your thoughts on this major announcement from Gameloft in the comments section.