It’s incredible to look back over the years and see how my tastes have changed – especially in video games. I only had a handful of NES titles and never really had a chance to branch out and experience new things. My first day with my Genesis was spent playing Mortal Kombat and Sonic the Hedgehog 2. Sonic 2 blew me away with the speed everything moved, the vibrant colors, and the sharp controls.

Speaking of Mortal Kombat, I’ll never forget how I lost that game and found one of my all time favorites. My dad walked in one day as I was playing with Kano. To this day I’ve never gone back and looked, but with button mashing I somehow managed to pull off Kano’s fatality. My dad saw it, made me box it back up, and took me to Wal-Mart. While we were there, they told us we could exchange it for another game. My brother and I finally settled on Battletoads and Double Dragon, since our first NES game was the original Double Dragon and we both really enjoyed it. I’ve never regretted that mortality.

I’m a much different gamer today. I enjoy first person shooters and roleplaying games, but back then I was enamored with fighters, shoot ’em ups, and platformers. Even with my change in tastes, I will always be able to go back and play Sonic with added warmth in my heart, or remember the summer I beat Vectorman every single day, or remember all of those times my brother and I played through the Streets of Rage games. Those are memories made on a Sega console, and for that, Sega really did what Nintendon’t. 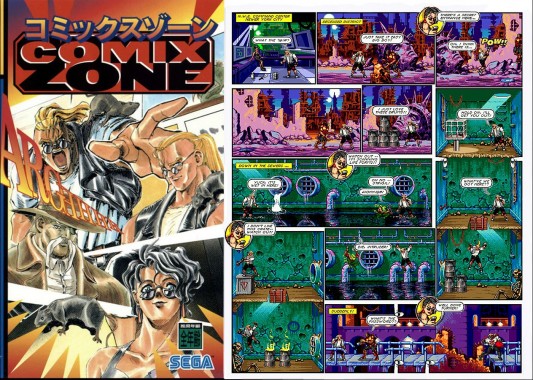 The Sega Mega Drive was certainly an amazing piece of machinery that held its own against Nintendo’s SNES at the time. I was very lucky to have been able to pick up both consoles when I was young. Even though I have to admit I did have more titles on the SNES, the SEGA Mega Drive still took up a large chunk of my time with some fantastic titles.

The first time I played and tried out the SEGA Mega Drive was at the local store where they had Sonic the Hedgehog available to try out. Personally I wasn’t sold on Sonic, but there was something about the Mega Drive that drew me in, the controller was great to hold, the graphics were very impressive and there were some absolutely awesome games on there that I truly enjoyed playing alone but mostly with my family and cousins.

Some of the best times spent on the Mega Drive was playing games like Gain Ground, Battletoads & Double Dragon, Golden Axe, and Comix Zone with my family, so many hours were spent in front of the TV. I’m actually surprised how I managed to get my homework done and not need glasses as I was constantly glued to a gaming console/TV at least 4 hours a day minimum, by myself or playing with my family on weekends.

The SEGA Mega Drive had so many great titles and at the time I wasn’t able to afford too many games, as I had to rely on my parents to buy these games for me, but recently (in the past 10 years) I’ve been able to pick up some classic titles on the console that I missed out on when I was young, for collector purposes. Even though I have little to no time to enjoy playing games due to my busy schedule, I can proudly say that I have approximately between 40-50 Mega Drive games, some fully boxed and in mint condition and some just cartridge only. I’m happy to say that till this day my original SEGA Mega Drive still works and when I do go through my old titles and games, I turn it on and spend a few minutes playing it…thinking about the great times spent on this fantastic console. 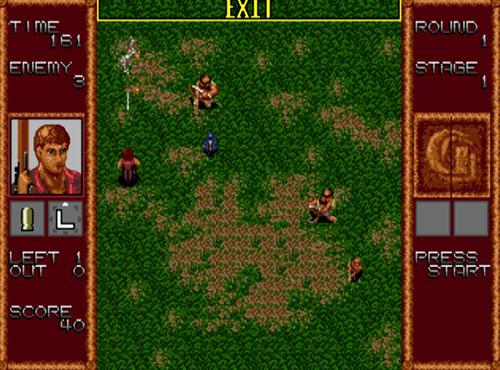 My earliest memory of the Mega Drive would most certainly have been playing Sonic the Hedgehog 2 at a friend’s place. After the subsequent pestering and pandering and making birthday wishlists comprised of nothing but, my folks finally buckled and got me one of those shiny black consoles of epic proportions. Of course the system itself came with Alex Kidd pre-installed and ready to go, but there were only so many times you could lose at something as simple as rock-paper-scissors before you started to get pissed off.

Then lo and behold, Sonic 3 and Sonic and Knuckles arrived on the virtual scene. Revolutionary add-on system for the games took what was already the greatest Sonic game ever, and extended ALL of the content for all three characters in-game. It was also the game that introduced me to my favorite Sonic character: Knuckles. At the time to a six year old kid, a red rival to Sonic who could stop Super Sonic with a single fucking punch was pretty awesome in my book.

Admittedly I was something of a late adopter of the console, and once the Nintendo 64 came out, we moved on to bigger and better things. Truth be told, the only really standouts in my book were the Sonic games, Golden Axe, and Alex Kidd. Looking back on it, it was certainly a great system, and I still cherish it with fond memories. However, the system also brought about the types of Sonic fans of the “retro stuck” variety that give the rest of us a bad name. Whenever you hear a Sonic fan complaining about the mechanics of a new game, look in that direction people. Most of us are pretty level headed and accepting of all the recent ups and downs of the franchise. Seriously people, Sonic has changed. He’s lost weight, he exists in 3 dimensions, and his eyes are freaking green. DEAL WITH IT.

The history and memories of a great system shouldn’t be sullied by this kind of ire. I will always have fond memories of the older SEGA stuff, but the company as a whole has changed, just as we too have changed. Learn to roll with it, and don’t get stuck in the days of retro old. -Spike (A classic AND modern Sonic fan, and not afraid to admit it.) 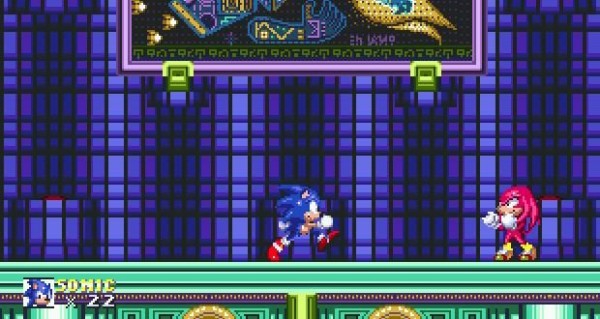