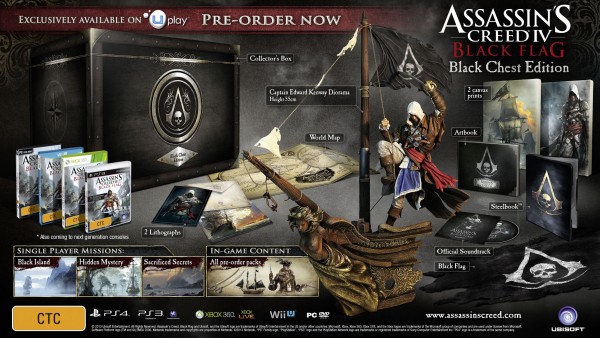 The largest of the three will be called the Black Chest Edition and will only be available through Uplay here. The collection will contain a 55cm diorama of Captain Edward Kenway on the Jackdaw’s Bow, an exclusive SteelBook, an art book, the official soundtrack, two lithographs, two canvas prints, all Assassin’s Creed IV: Black Flag in-game content available as pre-0rder bonuses, a collector’s box, a parchment world map, and an actual Black Flag. 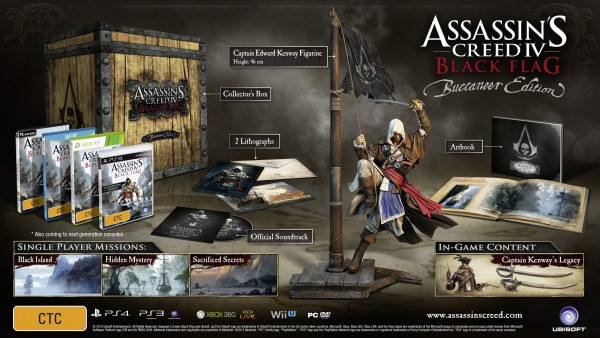 The Buccaneer Edition will only be available at EB Games and contains a 46cm Edward Kenway figurine, an art book, the official soundtrack, two lithographs, a collector’s box, and bonus in-game unlocks. 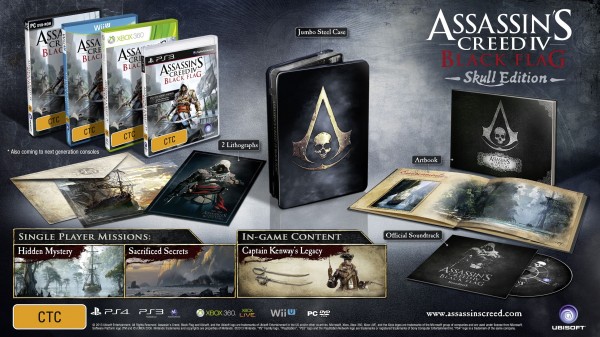 Those who pre-order the regular game now will get special unlockable content. Additionally, those who pre-order through EB Games, JB Hifi, Uplay, or Mighty Ape will receive a physical Treasure Map that contains a code for The Watch. The Watch is a special member community that will provide bonus content, exclusive information, and “quests” for members only. 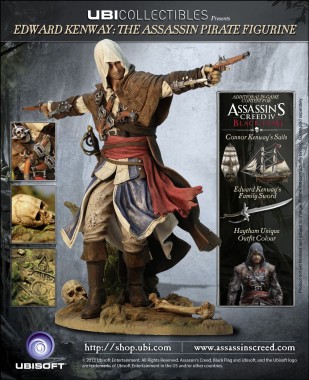 A figurine entitled Edward Kenway: The Assassin Pirate is also available for pre-order through Uplay. The figurine comes with even more bonus in-game weapons and skins. That’s a lot of loot!

Find out more about Assassin’s Creed IV: Black Flag at the official site. 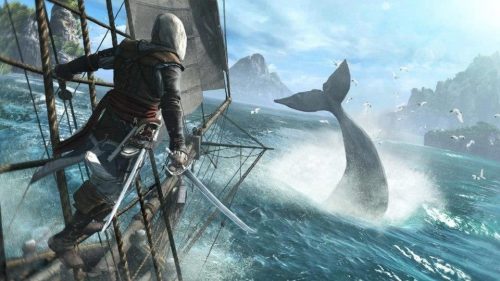 Assassin’s Creed IV: Black Flag to get 3 Books published about it 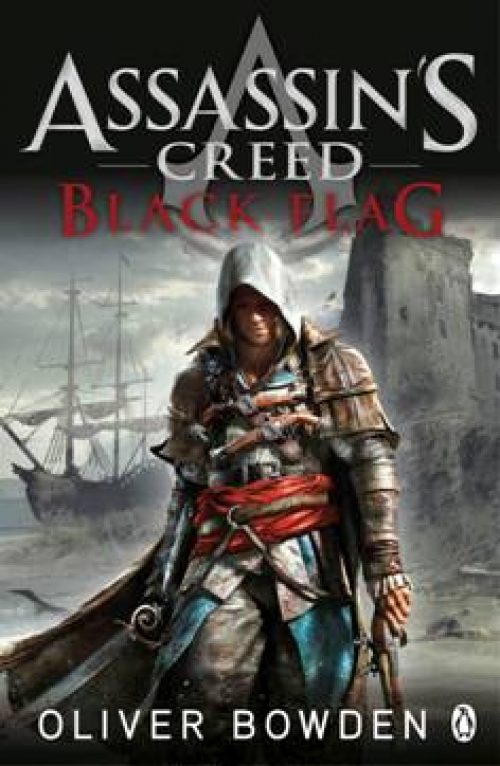