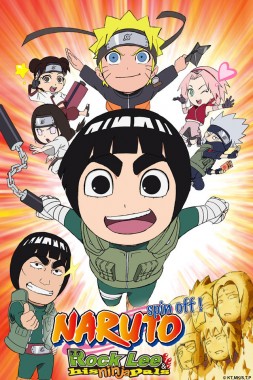 The Crunchyroll streaming service is available on a number of platforms and is the home of both Naruto anime series. You can watch both Naruto Shippuden and Naruto Spin-Off: Rock Lee and His Ninja Pals on Crunchyroll on Xbox, PlayStation 3, iPhone, iPad, Android, set-top boxes, TV and of course on Crunchyroll.com itself.

Crunchyroll launched their Xbox app last December to great reception. You can find out more about the Xbox application in the video below. No other service boasts the incredible amount of anime content that Crunchyroll does, with over 20,000 episodes and 10,o00 hours of anime available.

The Naruto franchise is popular the world over, whether it is anime, manga or video-games the series has captured the imagination of audiences across the globe.

Be sure to let us know what you think of the Crunchyroll service in the comments section below.