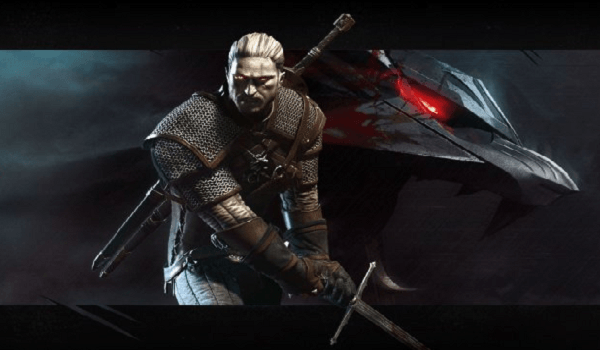 Amidst all these announcements for new Playstation 4 titles and hardware, one might forget about all the other brilliant games coming out in the near future. One of those is of course CD Projekt RED’s eagerly awaited The Witcher 3: Wild Hunt, a game that has seen a significant amount of publicity despite a lack of gameplay footage. The power of reputation at work it seems, as the developers last efforts in gaming in the form of The Witcher 2 was one of the most highly awarded games of all time and one might argue one of the best RPG’s of this generation.

The final episode in the highly popular Witcher series, this new instalment of the open-world, story driven franchise is set for release in 2014. The Witcher 3: Wild Hunt is the stunning conclusion to Geralt of Rivia’s epic journey, with fans new and old able to experience the thrilling life of a Witcher in what CD Projekt want to be the best quest yet.

Officially announced to now be arriving on the Playstation 4 as well as the originally confirmed PC; Adam Badowski, head of CD Projekt RED studio spoke on the matter:

“We were thrilled when asked, several months ago, to be one of the developers who were granted early access to the PlayStation 4. It was an exciting moment to be invited to be in the company of other legendary developers like  Bethesda, EA, LucasArts, Ubisoft or Activision as one of the teams working on titles shipping early in the PlayStation 4’s lifecycle. Of course, we couldn’t reveal any specifics about this to our fans, even though many journalists and forum members asked about when and how The Witcher might show up on Sony’s console. After yesterday’s PlayStation Meeting we can finally promise: The Witcher 3 is coming to the PlayStation 4. The new hardware gives us the opportunity to create something great. We are able to work with the new console from its birth and this allows our in-house REDengine 3 to push the graphical limits of what the PlayStation hardware can display. The console is fresh and has some innovative solutions that we’re looking forward to using in our game”

Originally The Witcher 2: Assassins of Kings was a PC exclusive itself, but was later ported to the Xbox 360 due to popular demand. It seems however that this time the developers are producing the game from its very beginning for all next-gen consoles, a smart move to ensure that all platforms are up to scratch on the game’s release in 2014.

“It’s a real pleasure to cooperate with Sony. Combining CD Projekt RED’s unique artistic vision and tech with the capabilities of PlayStation 4 will make The Witcher 3 a truly next-gen RPG. With Sony’s new hardware and our new engine, there are no limits to what we can create in the process of realizing our vision for Geralt’s dark fantasy world.”

Utilising the next-gen REDengine 3, players will be more immersed than ever in their fantasy world with stunning visuals and deep visceral combat. Branching storylines, an ever changing world and complex characters await all those who venture into the Witcher 3’s realm, with a new emphasis on exploration. Players will sail through misty waters, gallop across war-ravaged lands and of course track down dangerous beasts for the pleasure of the hunt and the reward. The revamped combat system also puts players directly into the boots of Geralt of Rivia, utilising his many skills, spells and weapons to feel like a true Witcher.

Summing up the reveal, Adam concluded: “The Witcher 3  will be released in 2014 simultaneously on all high-end platforms available.  We know that our fans are looking forward to that date already, but we want to make it clear that this story is a standalone, and we will be sure introduce newcomers fully to the world so that they don’t miss a beat. The Witcher 3: Wild Hunt will start with an breathtaking opening, which will give many insights to the lore. The game design will allow smooth introduction to new characters and encourage players to discover the vast, living open world of this installment of Geralt’s tale.”