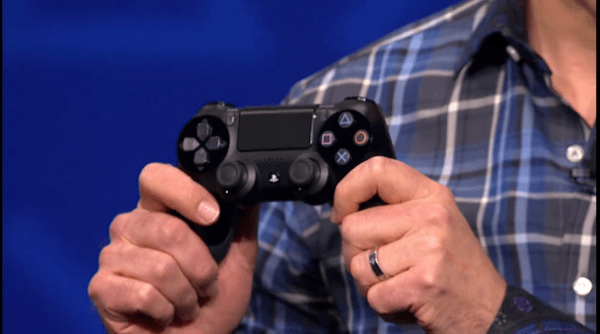 It looks like the latest PlayStation 4 controller image that was leaked turned out to be the real thing. Today during Sony’s PlayStation Live event the company revealed the above controller which has seen a large number of modifications over it’s predecessors.

As you can see before, the DualShock 4 as it is called will be a wireless controller with enhanced analog sticks, an improved rumble feature, a lower latency level… all of which we should expect with a new console. However a number of new features have also been added, including a brand new touchpad, a share button, a headphone jack and the lightbar on top. According to the presentation this lightbar is meant to be used to identify players and used with the new camera peripheral for the PlayStation 4.