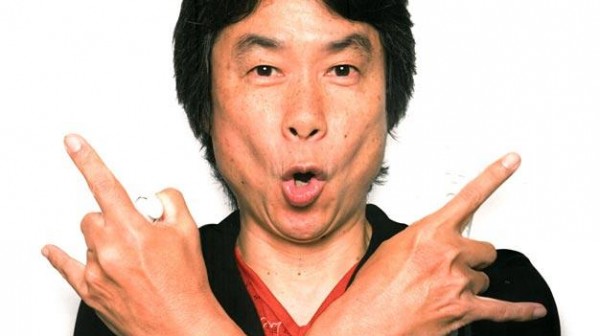 Interestingly, Nintendo held an investors meeting a couple of days ago over in Japan to discuss the Wii U device and some of the things to do with it. All of the important questions covered in the meeting were copied onto the Nintendo Japan website for fans everywhere to look over.

What was quite interesting to see was Nintendo’s comments on the perceived power of the CPU in comparison to the GPU. This is interesting because a few developers and gamers have criticised the Wii U’s processing speeds (2.6GHz, IIRC) as being underpowered. Nintendo on the other hand, believe differently:

Takeda : I would like to not get into too much technical talk, I think that the power consumption is low, and that the Wii U hardware, performance machine that it is coming out pretty. There was a story, “performance is biased towards GPU should compare the GPU and CPU, better CPU performance or not you do not come out a little”, in which you have any questions just that, I do so I do not think. I think the only thing “whether anything I measure its performance.” If you look at the chip size, better GPU is chip size is large indeed, CPU, the chip size is quite small. It may be that kind of thing and look at the die size (the area of ​​the chip), the brain called, part logic to calculate really small and that the CPU of a modern, look at the CPU that is used in the server PC and the latest so that you can see and you, “CPU though large, is calculated as part of work really is small, around the SRAM cache memory that is greater” in that it is always in the world. If such a point of view, Wii U we do not necessarily think “CPU performance has not come out for the GPU” is. So, I think we have taken and the design of the memory design de-intensify, underscored the memory that is. I think because it is hard Kuroko, I can say this part can not be helped much, have come up with quite a performance. (Google Translate)

A NEOgaf user by the name farnham has taken it upon themselves to translate this a bit more accurately, as well as other important questions here. I will reproduce the relevant section below:

Takeda : WiiU is a machine that has a lot of performance compared to its power consumption. The GPU is definately more pronounced than the CPU . There are people saying that the CPU is weak but that is not true. It is a trendl that the cash memory is whats getting biggrr with CPUs not the processing power. i do not think at the CPu is underpowered. Its just a design where the memory is more stressed.

As someone somewhat technically minded, it sounds to me that although the CPU itself is not quite as fast, it does rely a lot more on pre-loading data. This would mean a higher stress on memory though.

For anyone wanting to take a look at the original article, you can click on this link here. You can also use Google Translate, linked here, to assist with the translation.

We’d love to hear from a native Japanese speaking person, or persons able to speak Japanese fluently on the best translation for this. If you wish to assist, leave a comment below or shoot us an email at bwebb@capsulecomputers.com.au.

Crashmo Debuts on the eShop