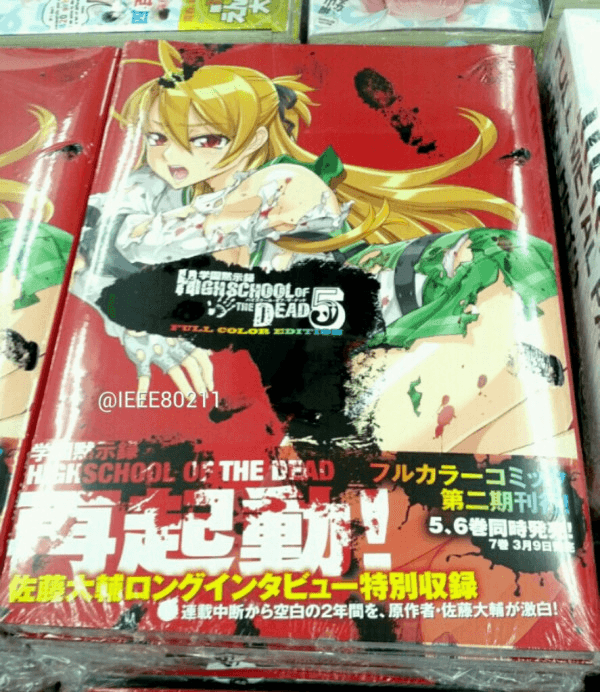 Remember Highschool of the Dead? It was an anime focused around a group of high school students in Japan trying to survive an apocalyptic zombie outbreak. The series aired back in 2010 and was widely seen as a success from the overseas market in the West. Well, that anime was based off of a manga which had been published for four years before the anime aired, but unfortunately for fans everywhere, shortly after the anime finished airing, the manga went on hiatus.

To be a bit more precise, the manga went on hiatus in March 2011 for unknown reasons. However after nearly a two year long hiatus, it has been revealed that the Highschool of the Dead manga will be published once again. The reveal comes from the wraparound jacket band that was placed on the 5th and 6th full-color manga volumes which state that the series will resume soon. Currently no actual return date has been specified. You can click the image to the right, courtesy of IEEE802.11, to see the announcement band for yourself.