Warner Bros. Interactive Entertainment and DC Entertainment invite you to determine the ultimate hero or villain of Injustice: Gods Among Us. Enter the Battle Arena!

Each week for the next 2.5 months, specified match-ups will be made and you, the fans, will get to decide on who the winners will be. Each victor will be glorified in a victorious gameplay video at the end of their week. The new combatants and match-ups will be revealed on the Tuesday of each week, introduced via a video package. These videos will detail the skills and attributes of each individual fighter.

They will also include man-on-the-street and celebrity explanations on their own personal choices. This week’s celebrity opinions come from none other than the voice of Batman himself, Kevin Conroy, comedian Wayne Brady, the voice of Harley Quinn, Tara Strong and last, but not least…the “King of the Nerds”, Kevin Smith along with his “Dashing Sidekick” Jason Mewes.

Here is a quick video that explains the competition. Oh yeah, did I mention there are prizes to be won? Check it out for details.

There is a voting period to be adhered to by the week, so if you want to vote you should get your submissions in early. This week’s match-ups have been introduced in the video below. Watch it, and then enter your vote at the dedicated Battle Arena webpage.

Celebrate Injustice: Gods Among Us First Anniversary with iOS Multiplayer 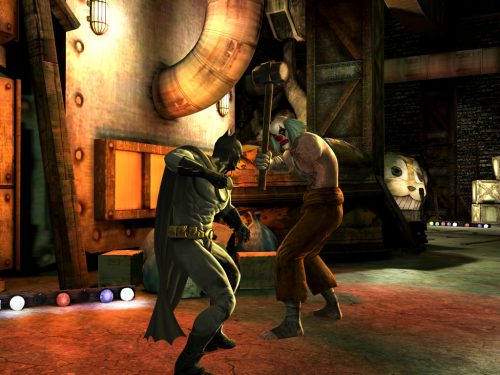