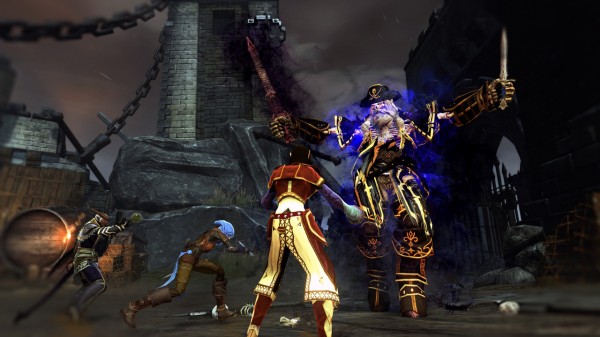 The Dungeons and Dragons standalone MMO Neverwinter (not to be confused with the Neverwinter Nights series), has revealed what will presumably be part of the story of the game, a raid of Black Dagger Keep staged by none other than the Harpers themselves. Long thought dead and lost with the tides on which he previously sailed, Captain Black Dagger has risen from the dead to terrorize and plunder as he once did; either that or just sit and chill in that impressive Keep of his.

The evil Black Dagger can also only be found at the rise of the Sun, because presumably all the other real evil doers over-booked midnight. Dungeons and Dragons: Neverwinter is set for a shady release date of sometime early this year, arriving on the PC alone. Players can step into the role of their favorite D&D classes from the board game and join other adventurers from around the world in their ultimate quest to stop a Lich Queen dead in her tracks. Check out the screenshots and trailer down below.

Syrinscape An App To Improve Your Tabletop Experience