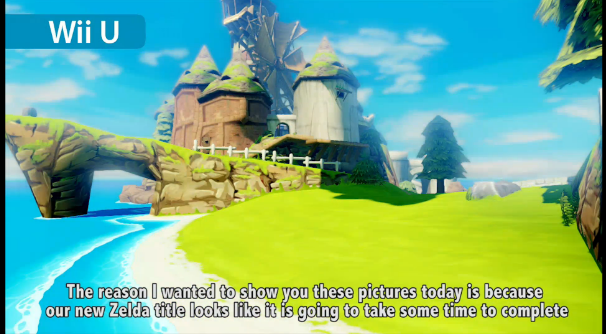 Nintendo just dropped an absolute bombshell during their Nintendo Direct conference by announcing that they will be re-releasing The Legend of Zelda: The Windwaker in an updated HD format for the Wii U.

During the conference several HD screenshots of Windfall Island were shown off as well as a HD version of Link and Zelda. Nintendo President Satoru Iwata commented that they chose to re-release Windwaker due to the fact that they believe that not many people got a chance to play this title due to the small install base of the Gamecube and made the decision to release it to a greater audience on the Wii U.

Nintendo revealed several images of the game, including the one you can see above. They chose to show off Windwaker HD due to the fact that a brand new Zelda title is still a fair way off.

The game was revealed to be hitting stores in Fall 2013 Worldwide. What do you think of Windwaker HD coming to the Wii U? Let us know in the comments section below.