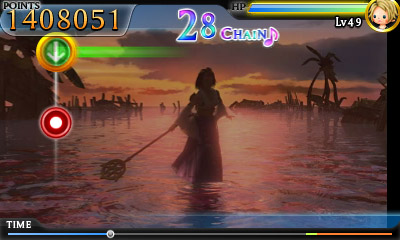 Today Square Enix launched a new teaser site which appears to be for their Theatrhythm Final Fantasy title which was released worldwide this year as a Nintendo 3DS exclusive, which we have the review for here.

Now the site can be seen here and as you can see, it features four different musical note sections which move towards the activation section and below those lines we have been given a basic “Coming Soon” message. It is interesting to note that you can’t actually play anything or interact with the site in any way at the moment. Any guesses as to what this may mean for Theatrhythm Final Fantasy? Perhaps a sequel or an iOS/Android version?