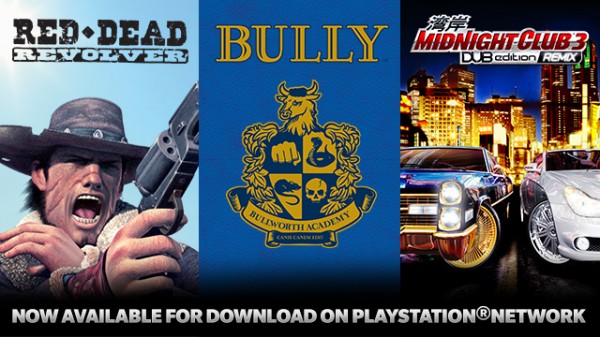 Deciding to kick things off with Bully, Midnight Club 3: DUB Edition REMIX and the pre-cursor to Red Dead Redemption, Red Dead Revolver. Each game is available for $9.99 and is downloadable right now via the PlayStation Store.

More of Rockstar’s titles are set to be re-released, with Rockstar promising more to come over on their Facebook page, it seems that they’re hinting towards bringing Grand Theft Auto: Vice City to the PSN.

Max Payne 3 has got some serious arsenal