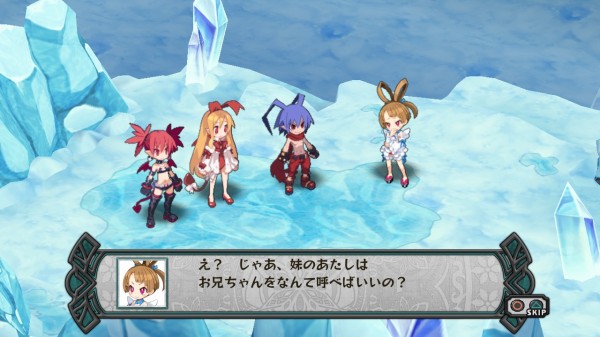 The biggest plot point revealed so far for Disgaea D2 (also called Disgaea Dimension 2, a direct sequel to the original Disgaea game) is that Laharl’s younger sister Sicily will be appearing to try and overthrow Laharl as the Overlord of the NetherWorld and take the position for herself.

Sicily claims that she is the daughter of King Krichevskoy and will not give up no matter what difficult situation she faces. It is interesting to note that the same voice actress who provided the Japanese voice of Welsh in Mugen Souls will also provide the voice work for Sicily. Images of Sicily and additional screenshots from the game itself can be seen below, which demonstrate the return of the Dark Assembly system.