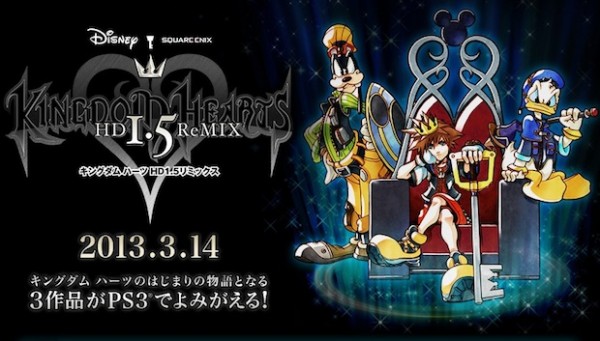 Ever since it was announced for Japan, we haven’t heard much about Kingdom Hearts 1.5 HD Remix but today it was revealed that the game will apparently be released in Japan on March 14th exclusively on the PlayStation 3. For those who don’t know, this collection includes upgraded versions of Kingdom Hearts and Kingdom Hearts Re: Chain of Memories, and the cutscenes from Kingdom Hearts: 358/2 Days.

While Japan may be getting the title in March, a Western release hasn’t even been hinted at as of yet so while fans in Europe and North America may want to start setting aside money for import fees at this point. Check out some new screens for the game below until then.