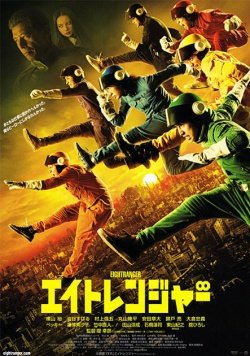 Overview:
Comedy can be drawn from many things, parody being a particularly popular form of it. But what is it that makes parody so funny? Why is poking fun at something humorous  Well it is because it highlights an exaggerates the more sillier sides of things that we know, in the case of Eight Rangers it parodies the Sentai series or for Westerners, the Power Rangers. The result is an hilarious ride with a surprising amount of heart beneath it. 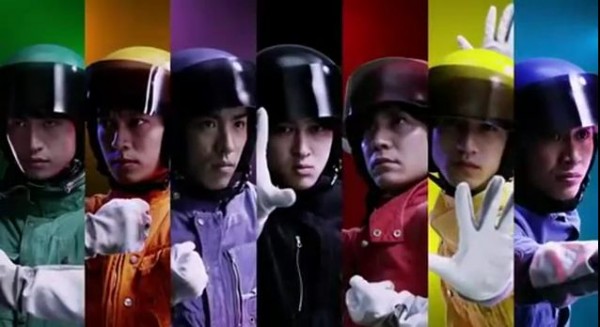 Story:
This film is actually interesting for a number of reasons, the most interesting of course is the fact that it is an adaptation of a bunch of skits performed by the super hero alter-egos of boyband Kanaji Eight. Adapting something like that is of course troublesome because its hard to turn a bunch of skits into a film but in the case of Eight Rangers it works incredibly well.

Eight Rangers is set within a future Japan in which an evil organisation called B.A.D. have taken over Eight City. In order to get off unemployment benefits and save the day, eight heroes come together under the title of the Eight Rangers. It’s a goofy concept but it plays out hilariously.

The Eight Rangers are well developed throughout the film as a relatively comedic bunch each with their own quirk, all of them not suited to being a hero in the slightest. They are all your standard lovable losers constantly living in the shadow of better heroes such as Captain Silver.

Throughout the course of the movie the Eight Rangers break up and rejoin more times than one could count on both hands each time more hilarious than the last. If you have ever watched the Sentai series or even the Power Rangers series there is a lot of jokes in here that will give you more than a few laughs. But the thing that works so well about Eight Rangers is that instead of going all in with it’s parody it pulls back to reigns just enough that the humour can be understand and enjoyed by just about anyone. 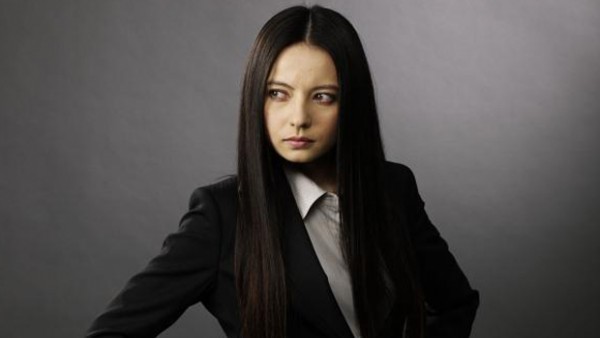 Making the comedy more universal works far more in Eight Rangers favour than you could expect, because it causes it to transcend being a simple parody and become it’s own beast altogether. It finds its own identity among the throes of parody which is something that very few films of this nature can ever truly accomplish successfully. Eight Rangers is special in that regard.

The plot does meander a little too much in the middle sagging a little in terms of momentum but it doesn’t take long for it to pick back up for it’s conclusion that is nothing short of epic. It is interesting to note that it is left open for a sequel, this isn’t a film I thought would end in such a way but it did leave a lot unanswered. Perhaps this a Eight Rangers 2 in the future?

From start to finish Eight Rangers is a film that is as much fun as it is funny, with the laughs hitting hard and fast just like it’s action sequences. The acting may be cheesy and utterly over the top but it just adds to the humour of the film even though it can be a little jarring at times. It is unbridled silly entertainment and there is nothing wrong with that.

Visuals and Audio:
What Eight Rangers makes up for in comedy it lacks visually. From an aesthetic standpoint this film is far too saturated in colour to the point it can feel nauseating. Even the most simplest of things like a slum-like alley are unnecessarily vibrant. It makes it a little difficult to immerse yourself into the world when everything feels far too artificial. The colours aren’t bad per say, but the over abundance of them is somewhat repulsive.

Despite it’s displeasing colour palette the film is shot beautifully with well conceived action sequences that are a joy to watch and even the framing for comedic spots such as the Eight Rangers failing to learn how to fly is just great as a visual gag.

It isn’t any wonder considering the film is based off the Kanaji Eight boy band skits that it would feature a great soundtrack. The Eight Rangers theme song is especially memorable and the rest of the incidental music is well timed and hits the right note for each scene. 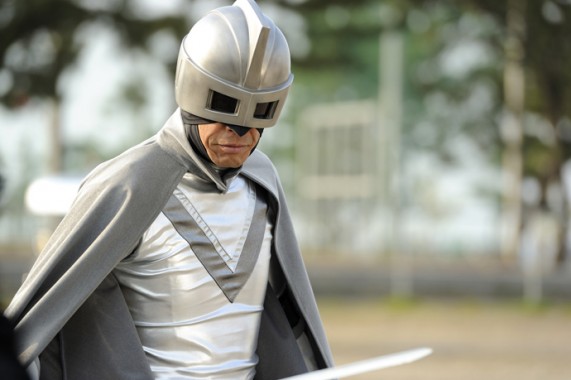 Overall:
Silly fun at its best, Eight Rangers delights on all fronts. It is held back by some minor issues but overall it is a great way to spend an hour and a half. Whether you are a fan of the Sentai series or Power Rangers or even if you aren’t you will be laughing along with this wacky film from its opening scene right to it’s final moments. Eight Rangers is quite simply an great comedy film that brings enough action to set it apart from the pack. If you want a good laugh, why not laugh at those goofball failure heroes called the Eight Rangers? 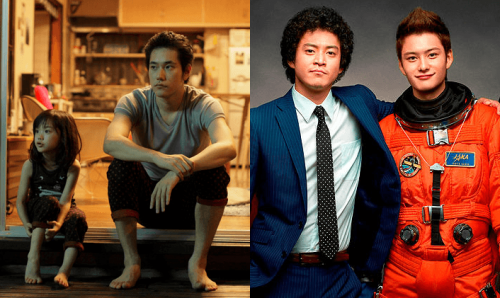