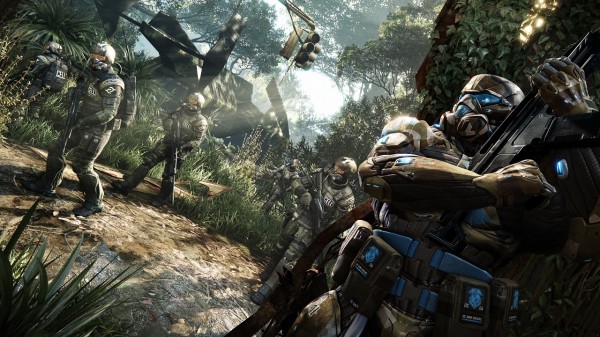 “Become The Hunter!” EA’s promotional tagline for Crysis 3 and Hunter Mode says it plainly and clearly. In this mode, you get the chance to become the hunter, and your prey will not even see you coming (almost literally).

At the EA showcase here in Sydney, Australia, I was able to get some hands-on time with the mode (as well as an interview with Crysis 3 Producer Mike Read). Well, first off, I did also get to try a single-player demo as well, but I was really atrocious at it. To be honest. I saw many people sit down at a PC, play for a couple minutes, and then get up to leave the station. So I’m sure I wasn’t the only one frustrated with their performance. I grew up on consoles, yes, it’s true. So excuse me for sucking at using a keyboard and mouse. At least I wasn’t wallowing in embarrassment alone. Because of that though, I find it unfair to try to provide any solid impressions of the single-player experience.

Now, Hunter Mode…that’s a whole different ballgame. Hunter Mode was set up across 10 system-linked Xbox 360s, and so I felt right at home with a controller in my hands (Razer ones in fact). The “Infection” type mode may seem unbalanced to those who’ve seen the gameplay videos and read the description, but I’m happy to say that it is most definitely fun to play. We had people dropping in and out of play, so we would have between 6 to 10 people playing at any given time. The map was “The Hangar”, which is basically a dilapidated airport with grown-over nature and a broken plane on the outside. 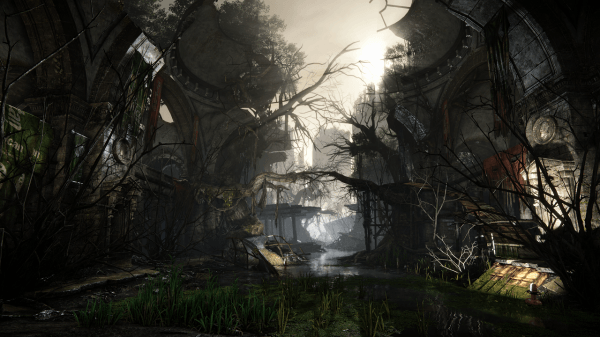 The game would be played over 5 rounds, each lasting 2 minutes. I believe, depending on the numbers, 1 or 2 people would start each round as a Hunter. The rest would play the round as CELL soldiers. The goal for the Hunter is to kill as many CELL soldiers as possible within the time limit, consequently turning them into Hunters, and eventually, and hopefully, the field would be full of Hunters by the end of the round. For CELL soldiers, the task is simple: survive. Every so often, after a certain amount of time would pass, CELL soldiers still active on the field, would receive points. Accumulating these points throughout the rounds ranks you higher on the scoreboard.

It’s inevitable that you will play both sides of the battle, and so your points will carry on through the rounds regardless. The only change is that Hunters gain points by killing and turning people to their team. Hunters have invisibility cloaks on, but can still be spotted emanating a slightly transparent red tinge if hit. They are not marked on the mini-map, unless they make themselves known via interaction. However, CELL soldiers’s whereabouts are marked on their mini-maps at all times, as red splotches.  The Compound Bow is the Hunter’s only true weapon in their arsenal.

When designated as a CELL soldier, you are given three classes to choose from: Assault, Close-Range and Sniper. You get the usual expected weaponry that goes with each of those classes. There are ammo dumps/refills placed around the map, which I found useful because, as an Assault class operative, I was running out of ammunition fast! Everyone can melee, of course, and there are also shields laying around, waiting to be picked up. One of my most memorable kills came as a CELL soldier; I was walking around with this shield when I found a Hunter spying on a team-mate, waiting to snipe him with a well placed arrow. I threw the shield at him with a force that killed him instantly. 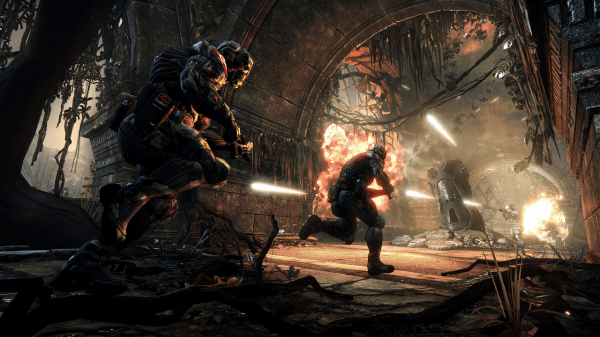 Playing the Hunter was probably more fun, just because you have that sense of “me against the world”, and being outnumbered just adds to the tension. And, unsurprisingly, being a CELL soldier is easier, because guns have a much higher level of accuracy than the Compound Bow. The map felt large at times, with very little contact occurring in some rounds. I actually recall a round where I literally couldn’t find any enemies. But that all depends on how many players there are, and what strategy the Hunter/s employ. By the end of our last game, I was coming in at overall 2nd out of 8, I believe. Redemption!

Overall, it may be fair to levy some of your worries about the seemingly unbalanced nature of Crysis 3’s Hunter Mode, however I have faith that the team at Crytek will be working long and hard to fine-tune the experience, which, regardless, is a very fun one at this stage already. Coupled with further customisation options in the matchmaking, Crysis 3’s Hunter Mode may be a go-to game-type for multiplayer shooter fans. We’ll have to wait for the final verdict come Crysis 3’s Australian release date of February 21st, 2013.