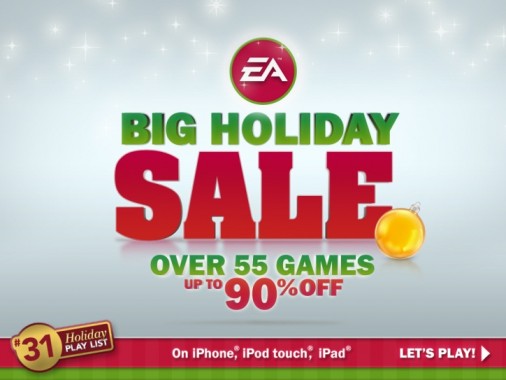 EA Mobile is starting the Christmas season off with a big holiday sale. Some of their biggest titles including Need for Speed Most Wanted, FIFA 13, Monopoly Classic, and Plants vs. Zombies are up to 90% off. There is a large list of games on sale across iTunes, the Amazon App Store, and Google Play. Check them all out here.

Apple’s 2012 App of the Year listings are in and EA is raking in the awards. EA Mobile, Chillingo, and PopCap all won big in a wide variety of catagories. Games such as the Need for Speed series, Air Mail, and ORC: Vengeance, and Puzzle Craft took home awards in the Showpiece Games and New Way to Play catagories. Additionally, Bejeweled and Bejeweled Blitz led EA’s charge for the Top Sellers and Top Grossing Games list.

EA Mobile is starting a Daily Spin giveaway on mobile devices that offers a chance to score free download codes for EA Mobile games.  There are 2.1 million copies of seven different games available in select territories. Check out the EA Daily Deals site here on your mobile device to enter.

And last but not least, EA Mobile has released a content update for Need for Speed Most Wanted that includes several new vehicles, an improved set of tutorials, and new visual customization for cars. 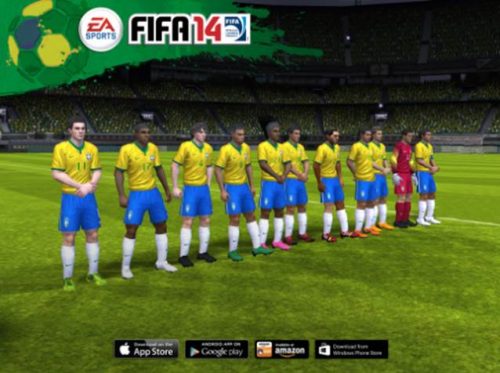