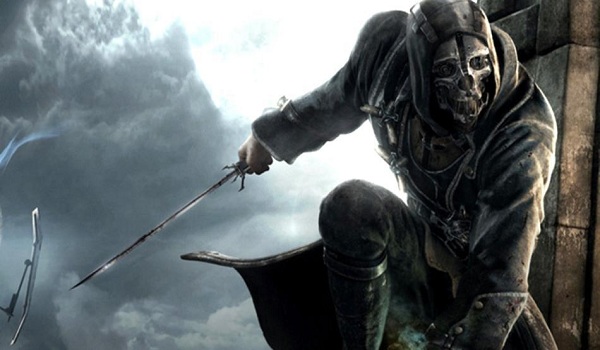 Dishonored, a supernatural assassin game developed by Arkane Studios and published by Bethesda Softworks had a lot of things going for it. Players step into the role of Corvo Attano, bodyguard to the Empress of Dunwall and vengeful assassin, armed with supernatural abilities and a bloody thirst for revenge.

The game features an interesting environment, unique set-up and some awesome gameplay; however it was two key things that hold the game back from being what it really deserves to be. So let’s check out what they both are below, from least to most important:

Major Spoilers for Dishonored Ahead

Within the first ten minutes of the game, players are thrust into a world they know little about. They return from a doomed mission to ask for aid from surrounding cities to deal Dunwall’s rat plague, meet the men who will eventually become your biggest targets, find the Empress and her daughter, fight off several would-be assassins and are framed by those you thought you could trust. That’s a whole lot to take in over the span of a few minutes.

But the main issue of such a short introduction to Dishonored is actually the fact that we spend so little time with Emily, the Empress’s daughter. This is the same character that we hunt down and try and rescue over the course of the game, twice. So why then is so little time spent of familiarising ourselves with the character?

You should end up caring for Emily so that when she is actually taken, players will really want to get her back, rather than just doing it because the game tells you to. We see some attempt at creating a relationship between our character Corvo and the future Empress-to-be, but it’s really not enough. The game of hide-and-seek that Emily asks you to play with her should really only be the tip of the iceberg, the beginning of a number of events and time that you really need to spend with her to form a bond. This way when she is ultimately taken by the Whalers, we feel a real deep need to get her back, an almost protective instinct to see this innocent girl return to safety. Maybe we could explore the castle with her, have lunch with her and her mother or receive a guided tour of all the changes that have occurred since your departure, any of those could have done the job and many more examples would also have worked. 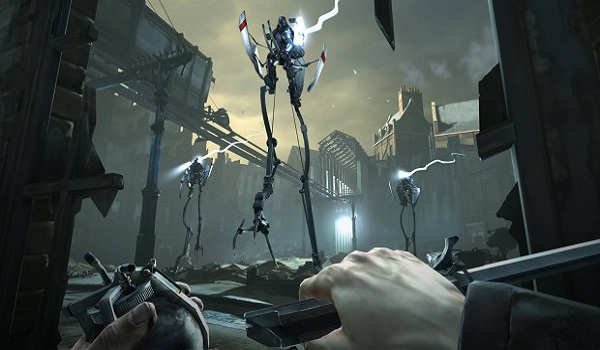 In addition to Emily, how about forming some trust with the not-yet-revealed villains? Have them pat us on the back for doing the best we could, thank us for our efforts and then finally pull the rug out from underneath us. With the effect of adding more drama and a real, true sense of betrayal.

Then we go after them. Then we realise that “Revenge Solves Everything”.

By ending our time with the intro here we lose out on what could be some real emotional connection and ultimately a chance to improve the somewhat lacklustre story of the overall game. The Empress herself we already feel a connection to and ultimately a sense of loss when she is killed, as it is parroted repeatedly that we are her bodyguard (a poor one in the context of the game it seems); it was only Emily and the Villain introductions that needed the work.

This is the biggest and possibly best improvement that could be made to Arkane’s Dishonored. Adding in a voice to main character, Corvo Attano could have improved the overall game in a number of ways.

First off just think how much better Corvo’s interactions with Emily could have gone. In the intro this could mean we actually interact with and have a real conversation with her upon your initial return. When you hug and she says that she misses you, you could talk back and actually fully interact with her personality; rather than Emily just supplying an entire one-sided conversation. Instead of giving the Empress a letter stating that no help was coming, we ourselves could have spoke up and explained the dire situation Dunwall now found itself in.

This could work the same when talking with other characters, like when the Spymaster regales us with the story of how he framed us, the first time Piero gives Corvo his new mask, our initial interaction and meeting with Boatman Samuel, rescuing the Tactician from his chains and even when meeting The Outsider at different locations and receiving his notorious mark. 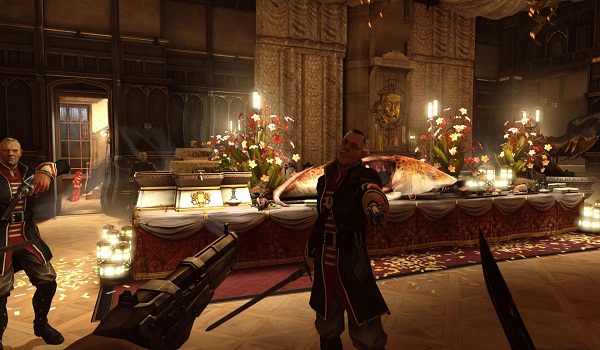 Certain story moments could have been done with so much more finesse and without the need for the many text and audio logs you find throughout the game (I still really liked finding those). Pinned against the wall by Daud and his men we could yell for Emily to run and when Havelock and the others are celebrating our success in toppling the tyrannical regime Corvo could join in with words of encouragement (moments before his health takes a turn for the worse of course).

When our time as Corvo finally concludes, players are treated to a slideshow of 3D images that explain what happened after we finally got Emily on the throne. Depending on our actions during the game we either get a ‘Dark’ or ‘Light’ style ending can either result in an uplifting finale, or a downright grisly one. I won’t spoil what each is as that’s not necessary to what I’m talking about but you probably got the point.

What really could have made these endings a whole other level of quality is if we got to play them out ourselves. Attending Emily’s coronation, exploring how our own personal playstyle affected the world around us by playing an Epilogue where we interact with other characters and so on.

The whole non-Silent Protagonist deal could have worked with the stealthy assassin gameplay as well. During full gameplay Corvo could be his silent, ruthless self; never speaking or giving away his position with pointless “I need to get past that guard” style lines. The speech could be restricted to safe areas and during pivotal story moments as mentioned before, and would have made an entire world of difference in regards to the quality of the game. I understand that the developers chose a Silent Hero so that players could project themselves onto him, but with a set gender, face and background it’s kind of jarring to do it this way. 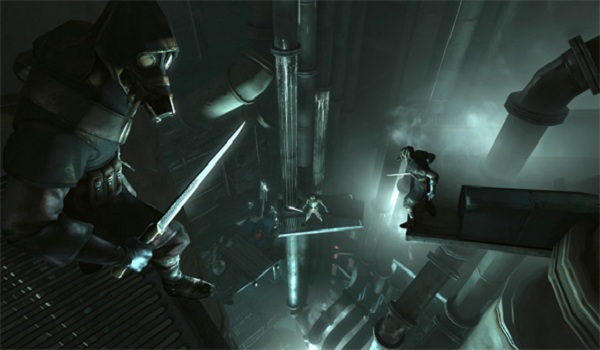 Give us a voice and a longer introduction and Dishonored’s already near-perfect gameplay would have been improved upon with some amazing storytelling. Characters would become deep, story moments and twists more meaningful and the overall world and atmosphere (which is already crazy immersive) might reach new, more amazing heights. I recognise that a sequel to the game is unlikely but if Arkane Studios recognise the need for these improvements and implement them in a future game of a similar making and quality, we might have some true stealthy art on our hands.