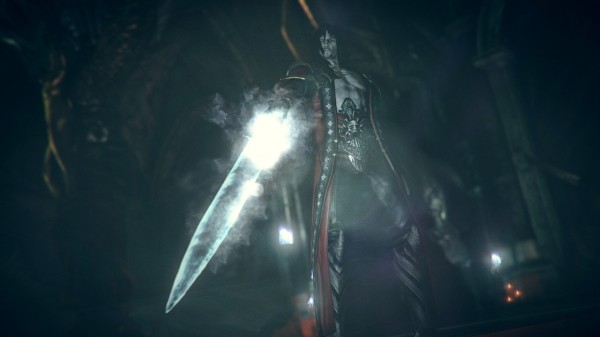 Gabriel Belmont has always had a number of weapons at his disposal in the Castlevania series and it seems that the next game in the series, Castlevania: Lords of Shadow 2, will see the addition of one more weapon. Over the weekend we saw the release of a new trailer for the game at the VGAs and in this trailer a new weapon was debuted.

Well today Konami revealed that the weapon is going to be called the Void Sword and you can see it briefly in the trailer below. Also below are a number of new screenshots released today. For those who don’t know, Castlevania: Lords of Shadow 2 takes place hundreds of years after the first game where Dracula has awoken once again. Currently Konami has Castlevania: Lords of Shadow 2 set for a release sometime in 2013 on the PC, PlayStation 3 and Xbox 360.