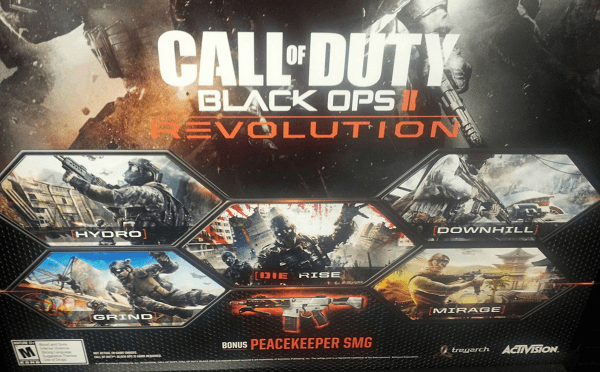 It looks like someone may be losing their job at a GameStop somewhere around the world. Today a user from Reddit provided a few images that reveal a large promotional poster that states that the first piece of DLC for Call of Duty: Black Ops 2 will be called “Revolution” and will be released on January 29th.

As you can see in the image above, the DLC will include five new areas which contain four competitive multiplayer maps as well as one zombie map. The four multiplayer maps are Mirage, Downhill, Hydro and Grind while the zombie map is called Die Rise. It is currently unknown how much the DLC will cost when it is released, though it is worth noting that all of Activision’s previous Call of Duty DLC has run for 1200 MSP ($15). 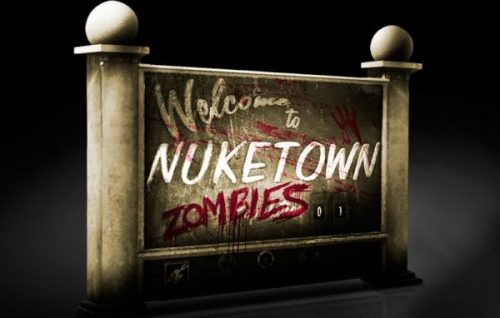