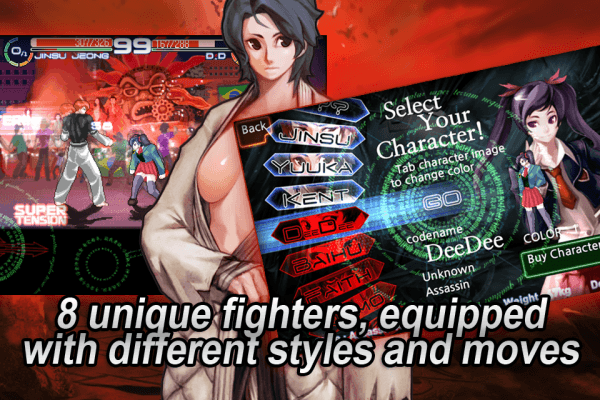 Our slightly older readers will recall the Choose Your Own Adventure novels with great fondness. Gamevil is stirring up nostalgia with their own Adventure Fighting game Asura Cross for iPad, iPhone, and iPod Touch. The game features four modes of play and unique characters who are skilled in a wide variety of martial arts. Arcade, Practice, and Versus modes are classic fighting game staples that allow players to fight through the ranks via Bluetooth, WiFi, and split screen play.

The unique mode is the Story mode where players will have a hand in the fate of the protagonist, Jin. Players will have to make major decisions in Jin’s story as he is trapped in an age-old conspiracy. Asura Cross is developed by Byulbaram and is available for free on the App Store here.